MANILA, Philippines – Irma Adlawan’s portrayal of Kapitana in Oro was well received, earning her the Best Actress award during the Metro Manila Film Festival Gabi ng Parangal, and she shared the night with the woman, whose life was inspired by the character she played.

The actress called on Kapitana Mercy Sueno on stage to say a few words, and Sueno said what the movie portrayed was the situation they experienced in real life.

The movie is based on the story of 4 miners killed in Gata, Camarines Sur in 2014.

(The events were disheartening. It was in 2014. Whatever you saw in Oro, that’s the true story. It’s painful, hard and heavy.)

Mercy said that as a barangay captain, it was her duty to fight for what’s right. She also thanked the people behind the film.

“Salamat po sa lahat-lahat nung bumuo ng pelikulang ito. (Thank you so much to the people behind the film.) Thank you so much,” an emotional Mercy said as Irma hugged her after.

During her speech, Irma said she never thought she would be onstage during the MMFF. She also praised the MMFF committee for the changes they’ve made.

“Sa bumubuo po ng selection committee, maraming-marami salamat at napili n’yo po ang 8 maganda pelikula. To the jury, thank you very much, for the honor,” she said, giving a shout out to the cast and crew of the movie.

(To the selection committee, thank you so much that you chose these 8 wonderful films. To the jury, thank you very much, for the honor.) 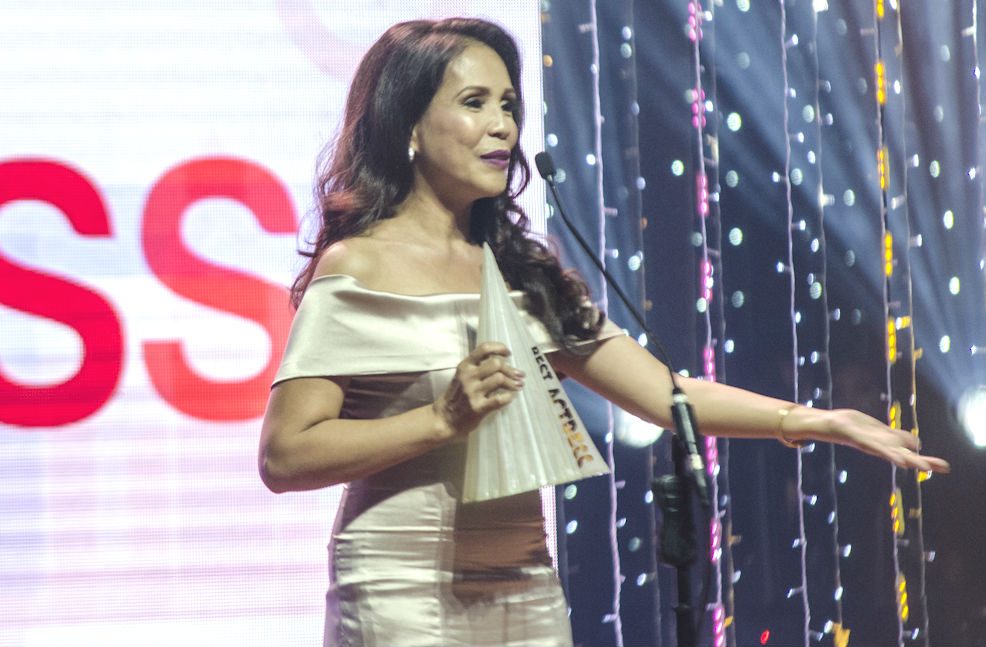 In an interview after the awards night, actress Irma Adlawan said  she or neither of the cast and staff expected to win any awards.

When asked how important the win is for her and the people of Gata, where the movie was filmed, Irma said: “We’re offering this award, all the awards that Oro got will be because of them. They are the ones that gave us life. They are the ones who gave us the reason to do this.”

(Thank you so much. My family is here, the Oro family. From the staff to my cast, my producers, my director is there and to everyone who made this film possible. It has been a wonderful…it’s a very hard fight but a very wonderful journey for everyone. We dedicate this award to those affected by the typhoon, where we filmed in Bicol. This award is for them.) Meanwhile, the cast of the movie looked surprised as they went up ontage to pick up the the Best Ensemble Cast award. Irma, who read the announcement expressed happiness and joined everyone center stage before returning to her position to announce the next award.

Mercedes Cabral, who played Linda in the movie offered the award to the people of Gata.

(I’ve always said before, that it’s a privilege for an actor to be the voice of the voiceless.)

(This is the point of the film. This is for the people of Gata.) 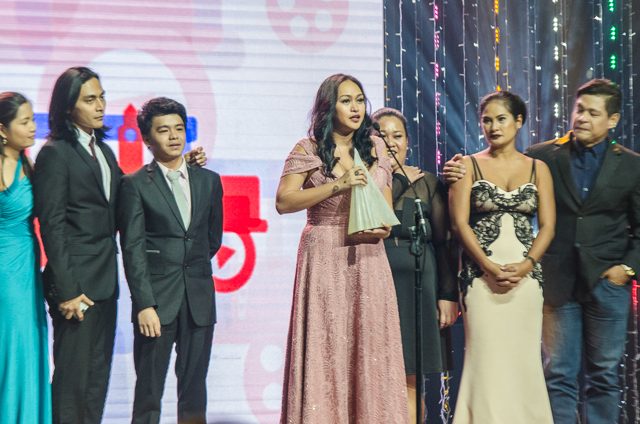