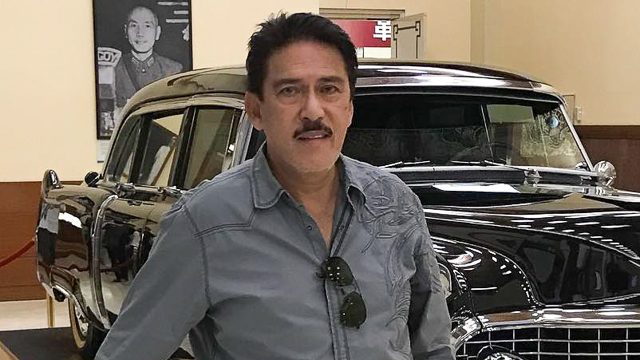 Senate Resolution Number 257, which was filed on Thursday, January 5, cited the changes made to MMFF 2016 as one of the reasons behind the recommendation for a new film fest.

Among the changes was the removal of “50% commercial viability” from the criteria for selecting the 8 films that will be featured in the festival.

As a result, mostly films that were produced by independent companies were chosen, instead of the usual big budget movies that are festival staples.

Sotto said in the resolution that while some enjoyed the new films in MMFF 2016, others were still looking for old festival favorites that “give them a good laugh.”

The senator added: “Since Christmas season is for children, and it is likewise the time when MMFF movies are being shown in the cinemas; the absence of the mainstream films in the MMFF entries for 2016 was prejudicial to the regular MMFF moviegoers, particularly the children, who always look forward to these movies to bond, enjoy, be entertained and share a good laugh with their family and friends.”

Sotto also said audience turnout for this year’s festival was “low,” and thus detrimental to workers in the entertainment industry.

“In selecting mostly independent films in the 2016 MMFF, the mandate of the MMFF to promote the welfare of its workers has been somewhat brushed aside and to the detriment of the intended beneficiaries due to the low earnings from this year’s entries,” the senator said.

The MMFF Executive Committee previously announced that they had reached their target first day sales, but have not released official and final box office figures for the festival. The festival is set to run until Saturday, January 7.

‘Give spotlight’ to indie films

“Independent films must likewise be given its well-deserved spotlight – separate from the mainstream films that can take or divide the attention from them – from the public in general,” he said.

While no specific date was mentioned for the proposed festival, the semestral break for those in the K to 12 system usually falls in the last week of October and lasts until the first week of November.

Universities that shifted their academic calendars have a break in the months of June and July.

The MMFF runs from December 25 to the first weekend of January the following year.

Aside from his work in the Senate, Sotto is also one of the hosts of the variety show Eat Bulaga, along with his brother Vic Sotto.

Enteng Kabisote 10, which stars Vic, was not accepted to MMFF 2016. The actor had been a festival regular. (READ: Vic Sotto on MMFF 2016 ‘Enteng’ snub, his take on ‘quality’ films) – Rappler.com