Jan 15, 2017 3:02 PM PHT
Agence France-Presse
Facebook Twitter Copy URL
Copied
Jennifer announces she will no longer perform, after fans from the LGBT community expressed disappointment over her decision to sing for Trump's program 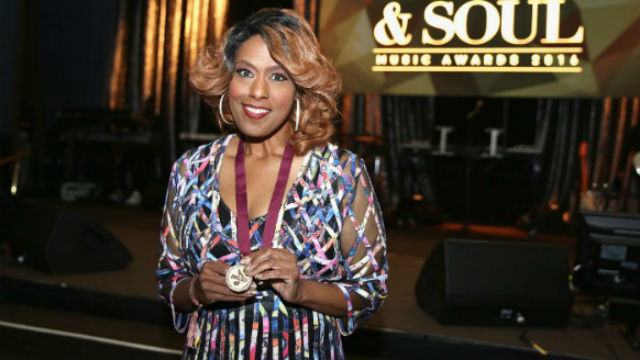 The president-elect’s inaugural committee had announced Friday that Holliday – a Tony award winner who is black – would perform in a concert at the Lincoln Memorial on the eve of the tycoon’s inauguration, joining a lineup featuring country stars Toby Keith and Lee Greenwood.

But disgruntled fans – including many from the LGBT community, where she has developed a loyal following – took to Twitter to denounce Holliday’s slated participation.

“#JenniferHolliday singing at Trump’s inauguration is a betrayal of our diverse arts community,” one Twitter user wrote. “Reconsider – it’s not worth selling out!”

The inauguration would have had a rare African American performer in Holliday, who has sung for Ronald Reagan, Bill Clinton and both Bush presidents.

She said that in accepting the invitation to sing for Trump she was simply “keeping in my tradition of being a ‘bipartisan songbird.'”

But in her letter published by TheWrap entertainment news site, Holliday said she decided to pull out after reading an essay published by the Daily Beast titled “Jennifer Holliday will perform at Trump’s inauguration, which is heartbreaking to gay fans.”

“My only choice must now be to stand with the LGBT community and to state unequivocally that I WILL NOT PERFORM FOR THE WELCOME CONCERT OR FOR ANY OF THE INAUGURATION FESTIVITIES!” Holliday wrote.

“I sincerely apologize for my lapse of judgment, for being uneducated on the issues that affect every American at this crucial time in history and for causing such dismay and heartbreak to my fans.”

Holliday said she was “deeply indebted” to the LGBT community, noting that its members were “mostly responsible for birthing my career.”

Holliday won a Tony Award in 1982 for the original Broadway musical Dreamgirls, later turned into a movie with Beyonce and Jennifer Hudson.

Trump has cast himself as a champion of working-class white voters, denouncing Mexican immigrants, Muslims and other minorities.

He was embroiled in a row Saturday with a civil rights icon, Representative John Lewis, who called the tycoon’s election illegitimate due to intelligence findings about Russian meddling.

Trump’s team has struggled to recruit prominent artists for the looming inauguration, with the American arts and entertainment community having broadly backed his opponent, Democrat Hillary Clinton.

The inauguration lineup pales in comparison to the star power amassed by Barack Obama.

A similar inauguration-eve concert at the Lincoln Memorial in 2009 drew Beyonce, Shakira, Bruce Springsteen, U2 and Stevie Wonder, as well as country superstar Garth Brooks.

Country music legend Willie Nelson revealed that he has written a song for his upcoming album inspired by Trump’s victory titled “Delete and Fast-Forward” – his view on how to cope with the incoming administration.

“Delete and fast-forward, my friend / The elections are over and nobody wins,” Nelson told Rolling Stone magazine in a preview of the song.

While rarely overtly political, Nelson has been the force behind the Farm Aid concerts that support rural America as well as a champion of legalizing marijuana.

He was close to former Democratic president Jimmy Carter and revealed in a recent memoir that he smoked a joint at the White House when Carter invited him. – Rappler.com