Kylie Padilla, Aljur Abrenica confirm they are expecting a child 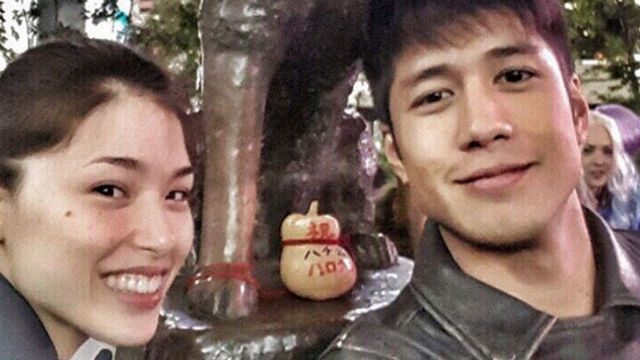 In an interview with Pep, Aljur and Kylie said they have been living in together since November 2016. They never thought they would immediately start a family, since they only got back together following their trip to Japan.

“So, sa pagsasama namin ni Kylie, naramdaman niya na parang nabuntis siya. (So after Kylie and I started living in together,  I felt that she was pregnant already.)

“So, after a couple of weeks, nag-pregnancy test siya, (she had a pregnancy test) and it’s positive,” Aljur said.

Kylie said she felt she was already pregnant because she was aware of the changes in her body.

(Who wouldn’t be happy having a child, as a guy, with the woman you love?)

In the same interview, Aljur clarified that prior to Kylie’s pregnancy, they were already engaged. They got engaged during their vacation trip to Japan last year.

Kylie said that the first engagement happened while she was in Tokyo DisneySea and Aljur proposed. She even thought he was joking.

The second proposal happened back in Manila where Aljur confirmed that he and Kylie were together again.

The third proposal happened when they started living in together.

In a separate interview, Kylie said both of her parents took the news in a calm matter and are behind her.

As for her dad, Kylie said said that when she showed the baby’s scan, he told her to take care of the child. – Rappler.com