Gab Valenciano opens up about split with Tricia Centenera 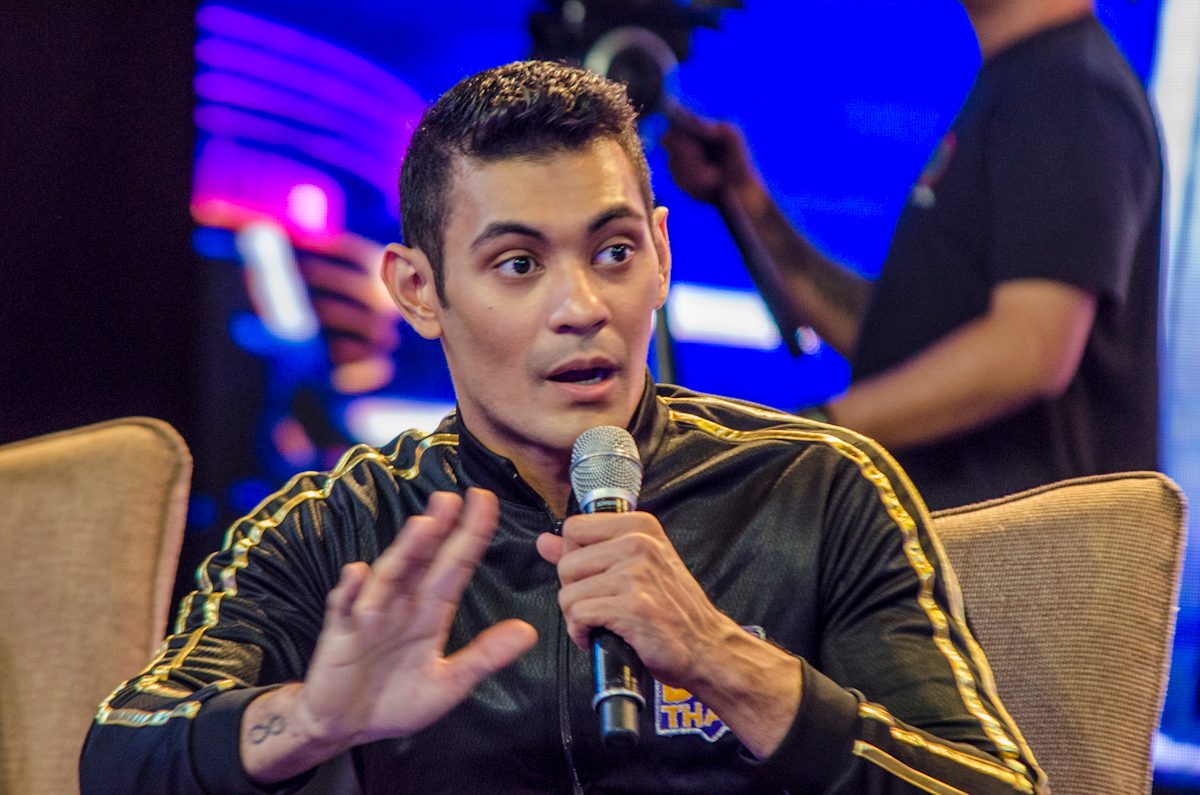 Facebook Twitter Copy URL
Copied
'I want her to succeed, I want to see her well, and I will do everything in my power to help support that. But I just cannot say that I am in love with her anymore,' says Gab

MANILA, Philippines – Gab Valenciano has opened up about his relationship with estranged wife Tricia Centenera, months after their split.

In an interview with reporters after a press conference for the show I Can Do That on Thursday, March 2, Gab described their current relationship and gave an update on the legal proceedings of their divorce.

According to Gab, he and Tricia are now working towards a friendship, despite what they went through.

“For a while, it was a very rough, rough patch,” he said. “But we are in that aspect of building a friendship. And it’s an exciting time. 2016 was a tough year, not just for us but for many people, and I believe 2017 is a very, very good step forward for all of us.”

Gab admitted that things weren’t good when news of their breakup went public, but he was able to rise after it all.

“I know it really got ugly. Medyo nagwala (It got out of control), it came out in the news and everything. [But] at the end of the day, everything, whether good or bad, is a learning process.

“I learned that from my parents. Lahat ng pinagdaanan nila na masama at mabuti, they used it as fuel to be better people. Iyon din ang ginawa ko, instead of looking back and magagalit ako or I’ll feel bad, or I’ll let it pull me down, instead I made it lift me up to be better.”

(All the things they’ve been through, whether it was bad or good, they used it as fuel to be better people. That’s also what I did, instead of looking back and getting mad or I’ll feel bad, or I’ll let it pull me down, instead I made it lift me up to be better.)

Gab said he and Tricia are now at a better place.

Asked to describe his current relationship with Tricia, he said: “We are not the best of friends yet, but we are going towards a good friendship. Kasi kahit paano, hindi kami dumaan doon sa stage na… ‘I hate you, I never want to see you again.’ Syempre pag galit ka, may mga nasasabi ka.”

(We are not the best of friends yet, but we are going towards a good friendship. Because in any case, we didn’t go through a stage of… ‘I hate you, I never want to see you again.’ Of course if you’re mad, you end up saying things.”

He continued: “But at the end of the day, may pinagsamahan kami, minahal ko din siya (We went through a lot together, I loved her too). So I think it’s unfair for both of us to throw away what could be a good friendship. And I’m open to that, I’m open to be friends kasi sayang eh (it would be a waste).”

Gab also said that as much as possible, he would rather not address the accusations of cheating were thrown at him, saying he still cares for Tricia and will support her when it comes to her dreams.

Gab and Tricia separated last September after getting married in 2014. Rumors of cheating came about when Tricia posted a series of tweets about cheaters in August.

In October last year, Tricia told Pep that she and Gab were in the process of fixing their properties. She also said that he apologized to her for his infidelity.

“All I can say is that I have my fair share of mistakes, I have my fair share of shortcomings and pinag-usapan namin iyon (we talked about it),” said Gab at the press conference. “All I can say is I’m trying to leave it at 2016. Parang kumbaga (In other words), 2017 is a brand new year. I believe mistakes are meant to happen, to reflect and then to move forward,” he said.

“I want her to succeed, I want to see her well, and I will do everything in my power to help support that. But I just cannot say that I am in love with her anymore,” he said.

He also shared that he and Tricia have already discussed seeing and dating other people.

“If Tricia starts seeing someone and she sees him as someone as a life partner or anything, ako yung pinaka unang co-congratulate sa kanya (I’ll be the first to congratulate her),” he said.

Gab and Tricia were married 3 times – once in the US, and twice in the Philippines. They have official marriage documents for their US wedding, while the weddings in the Philippines were ceremonies. As such, the former couple has to file papers in the US in order to be legally divorced.

Gab did not go into detail on the current legal proceedings of their separation, saying he’ll clarify things when they are finalized.

“The separation and legalities are already in process. All the details are in process already, and I think it will happen within the next month. I would much rather answer when it is clear, but definitely we are trying to resolve that at the moment, which is to legalize the separation,” he said.

He also said that they have yet to file to documents in the US, but what is good, according to Gab, is that he and Tricia are talking.

When asked if there is a possibility of him and Tricia reconciling, Gab said he doesn’t see it going there.

“Yeah, personally yes, I feel like a friendship is all I have to be able to offer to her, and I believe that’s more than enough. We were good friends before we fell in love and sadly, things ended. But at the end of the day, I’ve seen how we are as friends and we’re very good as friends.” – Rappler.com