How Elha Nympha got on ‘Little Big Shots’ 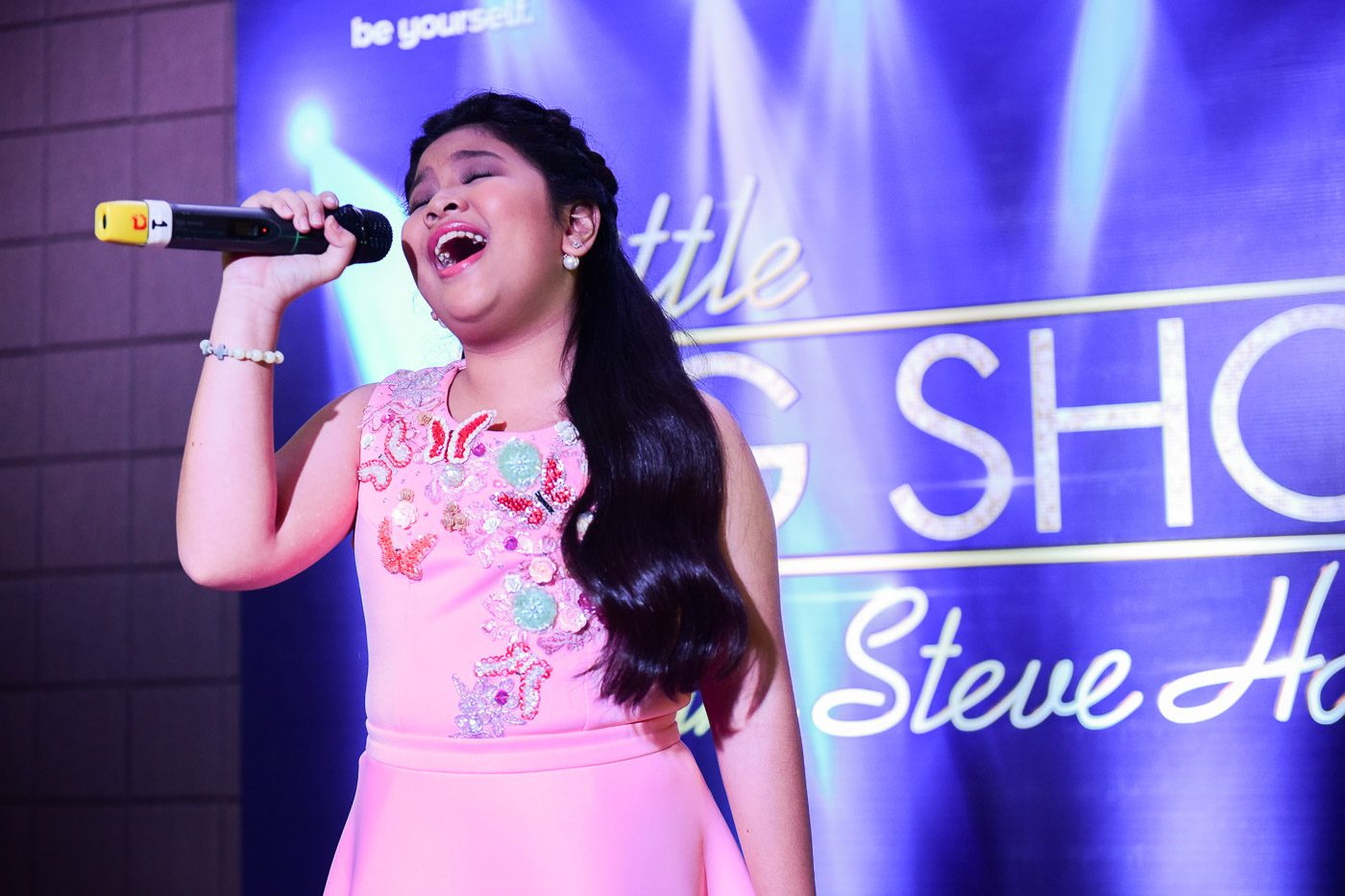 MANILA, Philippines – By now, many of her fans know that Elha Nympha – the 12-year-old with a powerful voice and whistle note – is on the second season of Steve Harvey and Ellen DeGeneres’ Little Big Shots. (WATCH: Elha Nympha’s stunning rendition of Beyonce’s ‘Love On Top’)

Her performance has already hit the Internet as a teaser for the rest of the season, but her interview will air on Monday, March 6, in an episode that opens the season.

At a press conference for her guesting on Friday, March 3, Elha told the media that she taped her segment in June 2016, when she was in the US for 3 weeks.

(First, MCA Music, they told me that I had a guesting, I found out through MCA Music. And then it all happened so fast, we got a visa, and after getting the visa, we went to LA right away.)

In a text message to Rappler the day after the press conference, MCA Music Marketing Manager Mark Bonifacio said that Little Big Shots, which is aired on NBC, contacted them about Elha.

“The show emailed us inviting Elha to be part of the show, as they watched her performance on The Voice Kids via YouTube,” he said.

Elha, who was on Team Bamboo when she was on The Voice Kids Philippines, told reporters after the Friday conference that she still thanks her coach to this day. (READ: From the market to the stage: Elha Nympha’s life-changing ‘Voice Kids’ victory)

“Kung hindi po dahil sa kanya wala po ako ngayon dito kung hindi niya ako pinili sa The Voice,” she said. (If it wasn’t for him, I wouldn’t be here, if he didn’t pick me in The Voice.)

Before winning The Voice Kids Philippines season 2, Elha sold banana cue in the market to help out her single mom.

Today, she still lives a normal life, she said – she still goes to school and spends time with her friends – except she has shows and does her work as a recording artist.

Being on the show At the Friday press conference, Elha said she was nervous about performing in front of an international audience.

(Because I’m used to performing in the Philippines, where they clap all the time. I was nervous because, you never know… the international audience might not clap for me.)

Elha also spoke about preparing for appearance on the show and speaking with Steve backstage.

(I conditioned my voice because [I was afraid] the song that would be given to me would be difficult, like “Emotions”, that’s why I needed to practice and practice. And I was very careful with my English.)

(We only spoke backstage, we spoke for a long time backstage. He asked if he’s well known in the Philippines, and I said, yes, you’re very famous.) In 2015, Steve hosted the Miss Universe coronation and mistakenly announced that Colombia’s Ariadna Gutierrez won the pageant. He later came back onstage to correct himself and say that the Philippines’ Pia Wurtzbach was the winner.

Little Big Shots is a talent show that features kids from all over the world.