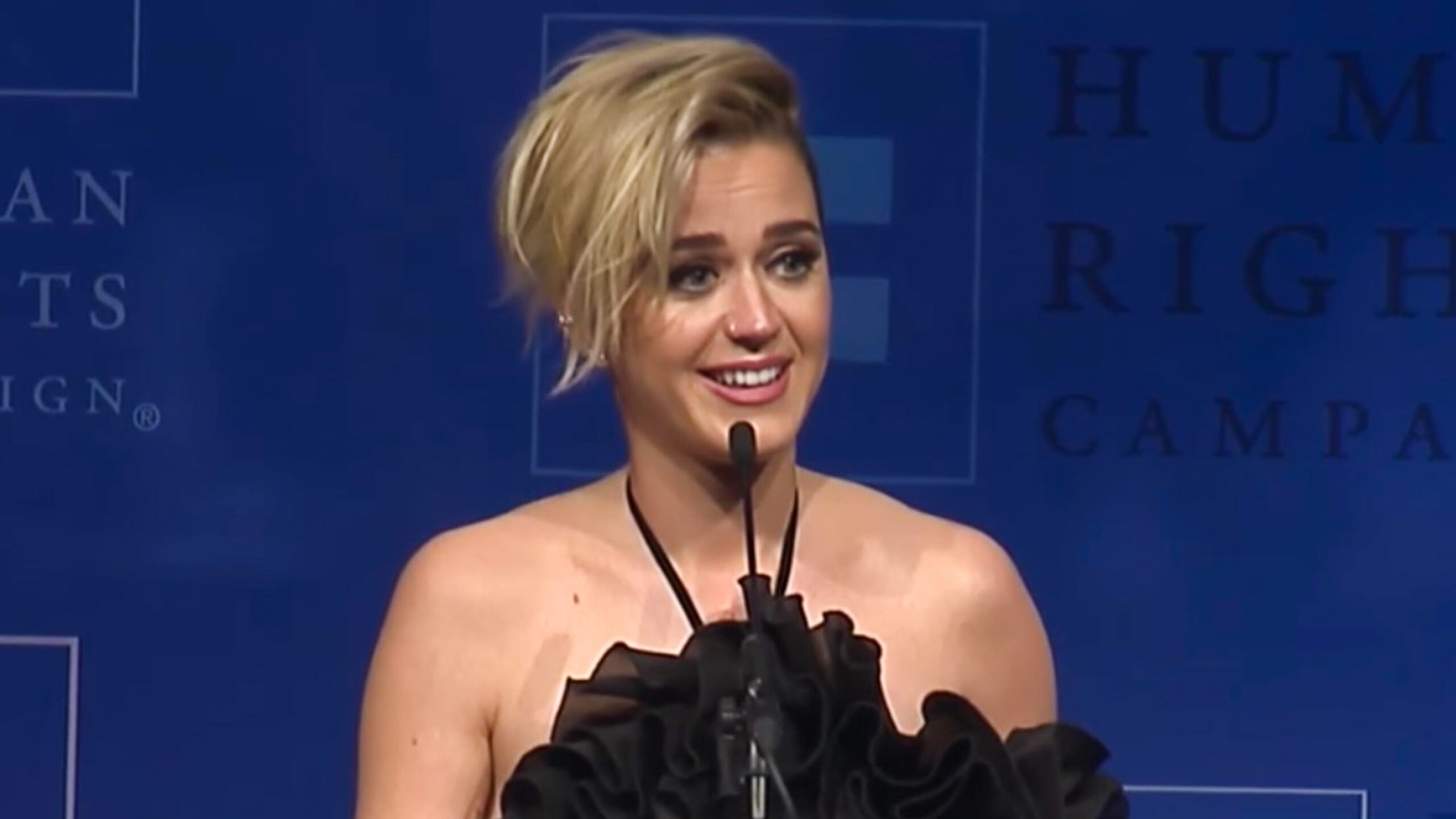 Speaking at an annual gala of the Human Rights Campaign, the leading US group for LGBTQ rights, the singer cast the fight as part of a larger struggle in Donald Trump’s America. Perry speaks at around the 35-minute mark in the video above.

“I stand with you and I know that we stand together against discrimination, whether it be in the LGBTQ community, or our Latino brothers and sisters, or the millions of Muslims in this country,” she said to applause at the weekend gathering in Los Angeles.

Perry, the most popular Twitter user with more than 96 million followers, told the crowd how she grew up in a conservative Christian community that believed in converting gay people.

“When I was growing up, homosexuality was synonymous with the word abomination – and hell,” said the 32-year-old, who had her start singing church music.

But Perry said she always knew that sexuality was more nuanced. She hailed gay friends, including her longtime manager, for opening her mind, saying “I would be half the person I am today” without them.

“I hope I stand here as real evidence for all that no matter where you came from, it’s about where you are going, and that real change, real evolution and real perception shift can happen if we open our minds and soften our hearts,” she said.

Perry’s string of hits include 2008’s “I Kissed a Girl.” The song raised expected hackles by gay rights opponents but also triggered accusations that Perry, who identified as straight, was appropriating gay culture for commercial ends.

Perry teasingly told the Human Rights Campaign of “I Kissed a Girl” that “truth be told… I did more than that.”

“Honestly, I haven’t always gotten it right,” she said. “But in 2008 when that song came out, I knew that I started a conservation that a lot of the world seemed curious enough to sing along to.”

Perry – whose other mega-hits include “Roar,” “Firework” and “Teenage Dream” – was one of the highest-profile celebrity backers of Hillary Clinton’s ill-fated presidential campaign. – Rappler.com