MANILA, Philippines – Following their film Barcelona in 2016, Kathryn Bernardo and Daniel Padilla are back on the big screen, this time in romantic comedy film Can’t Help Falling In Love.

In Can’t Help Falling In Love, they are reunited with director Mae Cruz-Alviar, who worked with them in Crazy Beautiful You, Pangako Sa’ Yo, and 24/7 In Love.

In the movie, Daniel plays happy-go-lucky Dos and Kathryn is high-strung career woman Gab. They find out that they’re a married couple – on paper. Gab is actually engaged to her longtime boyfriend, played by Matteo Guidicelli, but wants out of it. In the process, she finds herself liking Dos and breaking her own rules.

Here are a few more things to know about the film.

1. It took time for them to shake off their characters in Barcelona. Mae said at the media launch that after Daniel and Kathryn did Barcelona, they immediately began to work on Can’t Help Falling In Love. It took the two young stars a while before they were able to shed the personalities of their Barcelona characters. “In terms of attacking the characters sa movie na ito (in this movie), we made sure that we’re giving something new. Pero nung umpisa (But in the beginning), when we started filming, it was shortly after Barcelona, so parang sandaling-sandali lang iyon (so the time between the two movies was really short),” she said.

(During the first day, I would always tell him [Daniel], “Hey that’s Ely.” I was seeing Ely. It was the same thing with Kath. I said, “Loosen up, Kath! Loosen up. This is different. I’m seeing Mia. Shake it off, shake it off!” …Because the two were so serious, I would tell them to loosen up, loosen up. But it’s good that we started early because they had a chance to shake off the characters of Ely and Mia from Barcelona. Now, we’re Dos and Gab.)

According to Mae, there were so many instances that they had to do several takes, but she understood that it really took time for the two to shed their previous characters. Nevertheless, she commended the two for being professional.

2. This is the first time Matteo Guidicelli worked with the tandem and he fell in “love” with them. In the movie, Matteo plays the boyfriend of Kathryn’s character. He said he loved filming with Daniel and Kathryn. 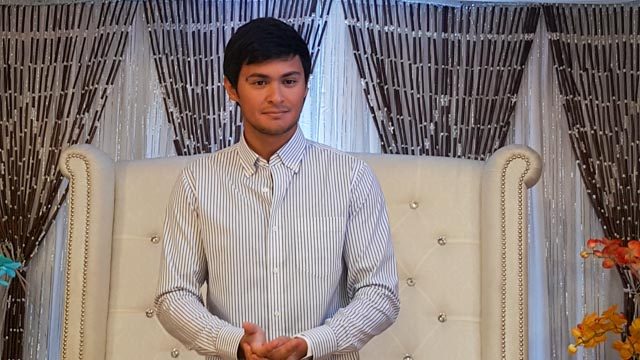 “I think this summer is very exciting because you know, Star Cinema gave me the chance to work with these guys. And I swear, I fell in love with this love team. Sobrang fan ako nilang dalawa. Dati napapanood ko lang sila sa TV, sa mga Star Magic pictures. But now, seeing them onscreen… iba sila eh (I’m a big fan of these two. Before, I would just watch them on TV, see them in Star Magic pictures. But now seeing them onscreen… they’re different.) The way they look at each other, the way they do things together, it makes you happy. It makes me happy,” he said.

Matteo is no stranger to working with love teams. In 2016, he played third wheel to the tandem of Enrique Gil and Liza Soberano aka LizQuen in Dolce Amore.

3. KathNiel deals with mature situations in the film. It was revealed that there are underwater scenes in the film. But don’t expect the tandem to show some skin just yet.

According to Kathryn, the challenge was portraying the characters effectively as they faced mature issues.

(For this movie, when you say mature, it features grown-ups. The problems tackled in the movie and how our characters handled various situations are mature. It was more like that.)

(And I guess the challenge every time we do a film is how to make it different, because that’s very hard.)

(I just want to clarify because when you say mature, the expectation is more skin or they will elope, something like that. Like what I said, it’s just right for the occasion, meaning they are still acting their age. Let’s take it slow with the roles they are doing, how they level up. But when you say it’s mature, it’s not juvenile. It means they are not kids and it is not a shallow love story. It means handling adult problems for people their age.)

4. Part of the movie was shot in the province of Cebu, especially in the municipality of Oslob. According to Mae, the location plays a very important role in the story because the characters really have to be there. She also said that Kathryn’s character Gab needed to be in Cebu because of her wedding.

Kathryn shared that she and Daniel also got to try new things, such as diving and jumping from a cliff.

5. Mae Cruz-Alviar saw changes in KathNiel. The director noted that Kathryn and Daniel’s experiences working with the likes of veteran filmmakers Olivia M. Lamasan and Rory Quintos have done wonders for them.

(Now, the way they attack scenes and how they handle their craft is different. They’re more professional, less childish, there’s less horsing around. They know their characters better. It’s easier for them to grasp what is needed. They really matured professionally and even personally.)