Undeserving? Mocha Uson has this to say to Mariel de Leon 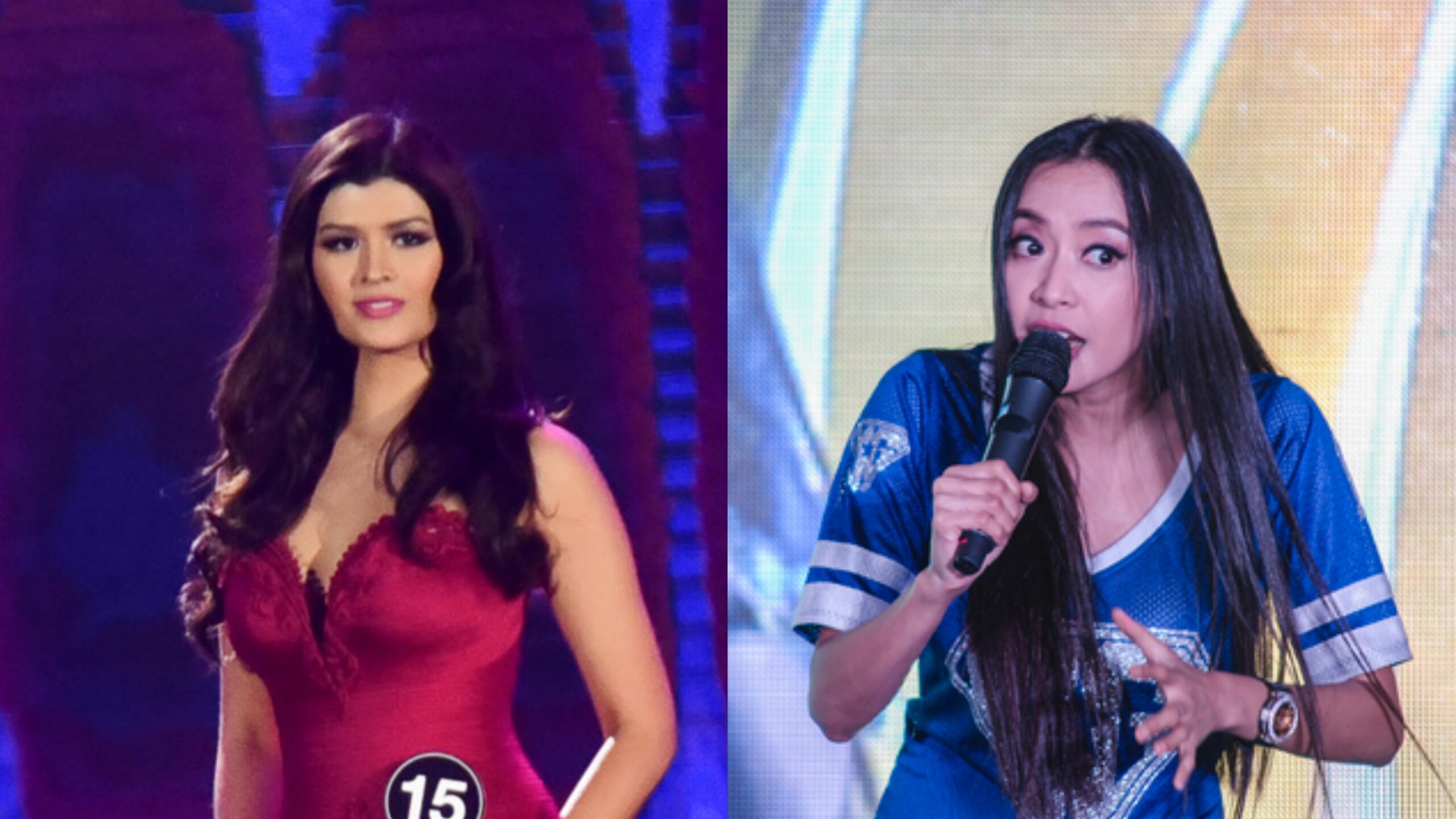 Mariel then responded to Mocha through a tweet, saying: “It proves that we can accept each other’s opinions and differences and still let peace, democracy, and love for country prevail. It is done.” Her tweet has since been deleted.

A few days before Mocha’s Facebook post, Mariel had expressed disappointment on Twitter over Mocha’s new government post, saying there are others who are deserving of the position. Some of her tweets have since been deleted. (READ: How much will Mocha Uson earn at the PCOO?)

“What is happening, Philippines?” Mariel wrote, along with a report about Mocha’s appointment. “Biased and disrespectful. She insults those who are against her. I’m not for her, I’m not for the other side (whatever that may be).”

She continued: “I love my country so it breaks my heart to know someone like her got a position in government. There are so many other unbiased, educated, and respected (and respectful) people who deserve her place.” 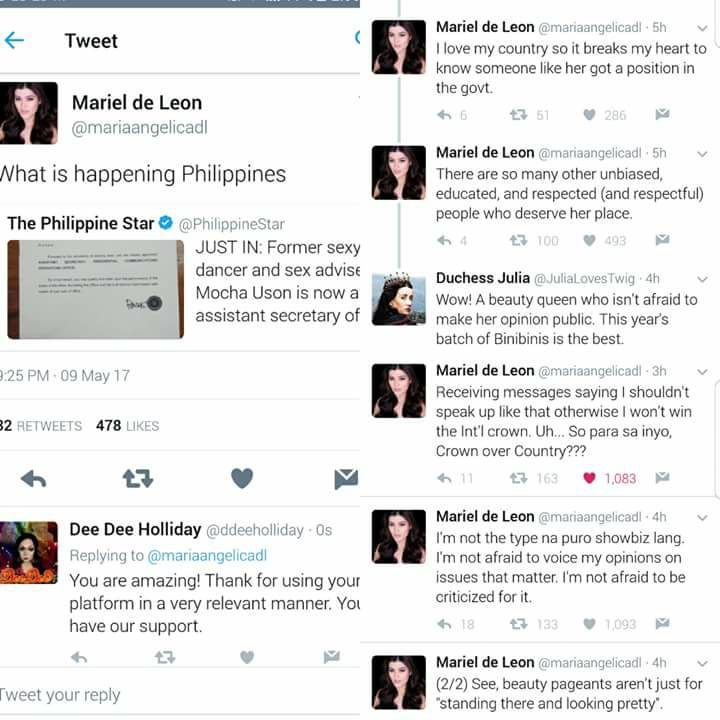 When some netizens criticized her for voicing out her opinions, Mariel tweeted: “Receiving messages saying I shouldn’t speak up like that, otherwise I won’t win the [Miss International 2017] crown? Uh, so para sa inyo (for you), crown over country?” She added: “That’s why we’re not evolving. Because some people care more about the superficial than what really matters. It’s always country over crown.” Mariel also spoke about some of the problems the country is facing and said she’s happy that she’s able to share her views.

“There are so [many] issues happening in our country now, so I’m glad that I have the platform now to voice out my opinions,” she wrote. “Twitter friends! Please don’t hesitate to send me news updates about any issue. Binibini schedule has been hectic so I’m not always updated.”

She added: “Politics and corruption is poison for the soul of our country. Fake and biased news will just bring our country down deeper than the dirt on our feet. I hope that change will come. And I hope that I can use my voice and my platform to be part of that change.”

(1/2) There are so much issues happening in our country now so I'm glad that I have the platform now to voice out my opinions.

Twitter friends! PLS don't hesitate to send me news updates about any issue. Binibini schedule has been hectic so I'm not always updated.

And don't be afraid to educate me when I'm wrong. (Educate, not belittle and insult!)

Let's help each other out! In an interview on GMA’s News To Go, Mariel said that she was surprised by the reaction to her tweets. “As a Filipina, as a citizen of this country, I have opinions about our government, and the way it’s run and I think everyone has that right so I just felt like I should put it out there since now I have a voice,” she said.

When asked what her message was to her critics, Mariel said: “I am secure with myself, and with that, no kind of negativity gets to me. So I respect their opinion, but of course, there’s a way to debate and argue about issues. You don’t need to insult other people, but for me, I don’t mind. They can say what they say, I’ll still voice my opinion.”

On Friday, May 12, Mariel apologized, through her Instagram Stories, to those offended by her comments about Mocha.

She wrote: “Like all Filipinos, I love my country and I hope for a better Philippines. With or without a crown, I will continue to shoe my love for the nation by discussion issues that affect us. I apologize to anyone who was offended as it was not my intention to do so. i wish Asec. Mocha Uson success in her job. Moving forward, I will use this title as a platform to promote unity for the country.”

Mocha was previously a board member of the Movie and Television Review and Classification Board (MTRCB) before her appointment as PCOO assistant secretary. – Rappler.com