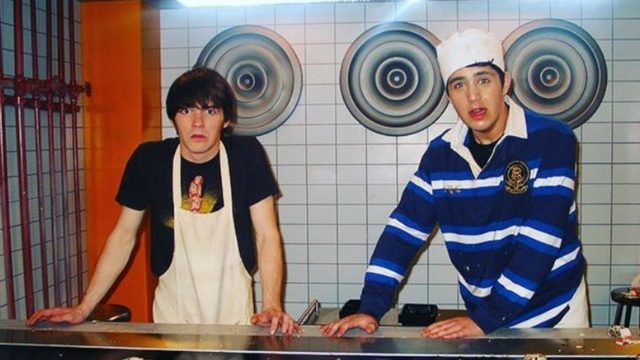 MANILA, Philippines – Despite previously posting angry tweets, Drake Bell has said he has “no hard feelings” for his former on-screen brother Josh Peck, who did not invite Drake to his June wedding.

In an interview on People, Drake even called Josh his “bro” and defended him against fans who criticized Josh for the wedding snub.

“That’s my bro you know?” he said. “It’s kind of one of those things where you’re fighting with him on the playground, but if someone else says something, you’re like – ‘Hey, I can say that but you can’t!” Bell said.

Drake’s current sentiments are different from his initial reaction to the issue. On June 18, he took to Twitter to express his dismay at not being invited to the wedding.

“True colors have come out today. Message is loud and clear. Ties are officially cut. I’ll miss you brother.” Drake said in a tweet which has since been deleted.

But in the People interview, he said that “there are no hard feelings.”

“I was caught off guard. I hadn’t heard of anything about it,” he clarified.

Drake said that Josh has been his best friend for 18 years, and that they continue to keep in touch.

“In all honesty, we talk all the time, we’ve been talking. I was just expecting…” he said.

The two actors starred in Nickelodeon comedy Drake and Josh, which ended in 2007. In the series, they played stepbrothers with very different personalities who suddenly find themselves sharing a room after their parents got married. – Rappler.com