Star Magic Ball 2017: Which love teams and couples are going to this year’s ball?

MANILA, Philippines – The Star Magic Ball 2017 is just days away and everyone who is anyone is preparing for the biggest entertainment event of the year. This year is particularly special since the talent center is celebrating its 25th anniversary.

One of the highlights of the ball is the red carpet, where the love teams and couples walk together. Some of the couples even make their official debut one the red carpet. This year, a number of our favorite couples on- and off-screen are slated to make an appearance.

The teen king and queen have been walking the red carpet together for many years now and this year is no exception. Everyone is looking forward to what the La Luna Sangre stars will be wearing, especially after Kathryn’s black Michael Cinco gown wowed us all in 2016. After KathNiel, another tandem everyone is looking forward to see is Enrique Gil and Liza Soebrano aka LizQuen. Liza, also wearing Michael Cinco, even won Best Dressed last year. Will she win it again this year? In 2016, the McLisse tandem rose to fame after their stint in Pinoy Big Brother. Their chemistry was so evident that they even appeared in FPJ’s Ang Probinsyano and did a Maalaala Mo Kaya special together. The two will star alongside Nash Agua, Alexa Ilacad, Loisa Andalio, Jerome Ponce, and Joshua Garcia in The Good Son. Yet another couple who have been walking down the Star Magic red carpet together for a number of years. Their TV love team is on hiatus as Kim is currently with ex-boyfriend Gerald Anderson in Ikaw Lang Ang Iibigin, while Xian is focused in promoting his album. The two made their debut as a couple on the red carpet only last year and will definitely be on everyone’s radar again this weekend. These two regulars at the Star Magic ball didn’t always go as a pair. Bea has been previously seen at the ball with former boyfriend Zanjoe Marudo, while Gerald took ex-girlfriend Maja Salvador as his date in 2014. He also went to the ball with his niece, Lyra, in 2015. 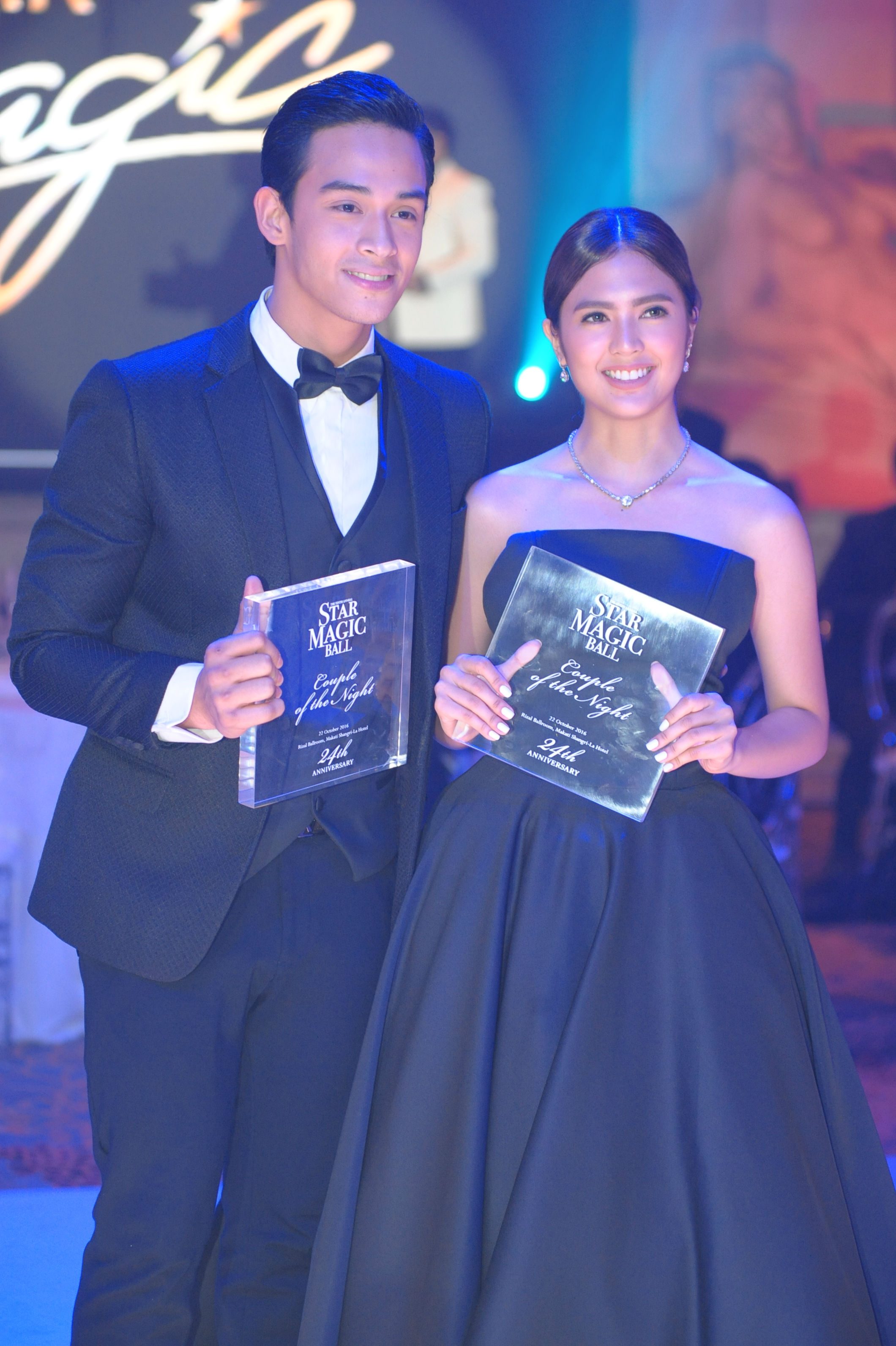 They were awarded last year’s Best Couple at the ball. The two are currently seen in the afternoon drama Pusong Ligaw. Maricar and Richard have been one of the couples who are always on our A-list. The two recently released a book together – 10 Things We Fight About. Maricar also returned to television as Sam in La Luna Sangre. Together since 2014, this will be the last time Billy and Coleen will walk at the red carpet before marrying. Jericho and Kim are, without a doubt, one of the most relaxed couples to walk down the red carpet. They gamely pose for the cameras and won’t say no to a wacky short or two. Now that’s a chilled couple. Another couple that made their debut last year was Sam and his girlfriend, TV host Mari Jasmine. The two have been very low-key about their relationship, but doesn’t stop fans from anticipating their grand entrance at the ball this year. Vicki Belo previously walked the red carpet with her daughter Cristalle and this year the newlyweds will make their first official appearance as a married couple.

Vicki posted a photo of their invite on Instagram. She also shared a snap of daughter Scarlet Snow looking at the invitation.

This is my 1st invitation as Mrs. Kho . I'm so happy that it's to the very glamorous #starmagicball2017 . Panic time!! What will I wear ?

Which couple are you most looking forward to seeing? Let us know in the comments section. – Rappler.com