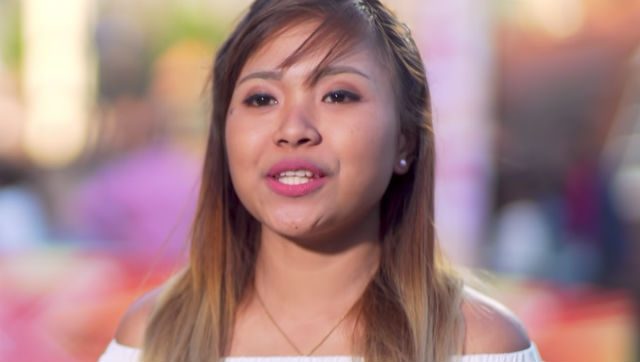 MANILA, Philippines – Another Filipino singer made it to the next round of the reality singing competition X Factor UK.

Alisah Bonaobra, a finalist in the second season of The Voice of the Philippines, told the judges that she believes that her talent is world class and that she can represent the Filipino communities of UK well. (READ: From viral karaoke vid to ‘The Voice PH’: Watch Alisah Bonaobra’s stunning audition)

When judge Simon Cowell asked what joining the show meant for her, Bonaobra – who became a sensation when her rendition of Let It Go became viral – said: “This X Factor journey is very memorable for me. Because I dedicate this fight for my family way back in the Philippines, because I’m only here because of my mother’s friend. They just contributed enough money for our plane ticket just to audition here in X Factor UK.”

After her performance of Beyonce’s Listen, Cowell said that her rendition of the song was not the best but saw something in her. Louis Walsh meanwhile said that she was very “adorable” and gave his yes vote.

Sharon Osbourne, Nicole Scherzinger, and Cowell also said yes for her to join the next round.

In The Voice PH, Bonaobra was the runner-up to Jason Dy. She joins fellow Filipino contestants Gaga Lord, male group JBK, and Elysa V in the next round of the competition. – Rappler.com