Oct 6, 2017 11:43 AM PHT
Agence France-Presse
Facebook Twitter Copy URL
Copied
'I appreciate the way I've behaved with colleagues in the past has caused a lot of pain, and I sincerely apologize for it,' says the movie producer 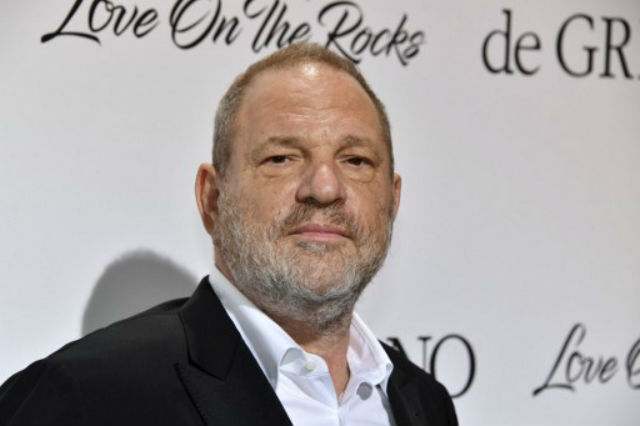 “I appreciate the way I’ve behaved with colleagues in the past has caused a lot of pain, and I sincerely apologize for it,” the movie mogul said in a statement to the Times after its damning story was published.

Weinstein added that he had hired therapists and planned to take a leave of absence “to deal with this issue head on.”

Lisa Bloom, one of Weinstein’s lawyers who specializes in sexual harassment cases, separately said in a statement sent to AFP that her 65-year-old client “denies many of the accusations as patently false.”

“He has acknowledged mistakes he has made,” she wrote. “He is reading books and going to therapy. He is an old dinosaur learning new ways.”

Another attorney, Charles Harder, said his firm was planning to sue the New York Times over their story, claiming it was “saturated with false and defamatory statements.”

According to the Times, Weinstein’s allegedly inappropriate behavior goes back nearly 3 decades and he has reached private settlements with at least eight women.

His accusers, the Times said, were mainly young women hoping to break into the film industry and include celebrities such as actresses Rose McGowan and Ashley Judd.

Judd recalled in an interview with the paper being invited to Weinstein’s suite at a posh Beverly Hills hotel two decades ago expecting a breakfast meeting to discuss business.

Instead, the actress said, Weinstein appeared in a bathrobe and asked if she could give him a massage or watch him shower.

One of the assistants was allegedly badgered by Weinstein into giving him a massage while he was naked, leaving her “crying and very distraught” in the words of a colleague, Lauren O’Connor, the Times said.

Another woman advised a peer to wear a parka when meeting with Weinstein to ward off his advances, the paper said.

O’Connor said Weinstein, who co-founded Miramax and is co-chairman of The Weinstein Company, had created “a toxic environment for women” at his firm.

Many in the entertainment industry spoke out on Thursday in the wake of the Times report, expressing support for the alleged victims.

“The women who chose to speak about their experience of harassment by Harvey Weinstein deserve our awe,” actress and self-proclaimed feminist Lena Dunham said in a tweet. “It’s not fun or easy, it’s brave.”

McGowan also published a series of tweets, jokingly saying in one of them that she wanted “to buy the movie rights.”

I want to buy the movie rights

In his statement, Weinstein said he had been working over the past year with Bloom and a team of therapists “to learn about myself and conquer my demons.”

The staunch Democrat who backed Hillary Clinton in her presidential bid said that he respected all women and was hoping for a second chance although he knew he had “work to do to earn it.”

“I have goals that are now priorities,” he said. “Trust me, this isn’t an overnight process.

“I’ve been trying to do this for 10 years and this is a wake-up call.”

He appeared to justify his alleged misconduct saying he had come of age in the ’60s and ’70s “when all the rules about behavior and workplaces were different.”

“That was the culture then,” he said. “I have since learned it’s not an excuse, in the office – or out of it. To anyone.”

He said one year ago he began organizing a $5 million foundation to provide scholarships to women directors at the University of Southern California.

“It will be named after my mom and I won’t disappoint her,” He said.

Weinstein, who is married to English fashion designer Georgina Chapman, with whom he has two children, is considered a powerhouse in Hollywood and many of his movies have picked up Oscars over the years, including Good Will Hunting, and The Artist.

He formed the Miramax production house in the late 1970s with his brother and then sold it to Disney. The pair went on to create The Weinstein Company, producing such hits as The King’s Speech, The Butler, and Django Unchained.

Trade magazine Variety said the board of directors of the Weinstein Company would meet by Friday evening to decide whether Weinstein would remain at the helm of the company. – Rappler.com