WATCH: Tony Labrusca tells us about his celebrity crush and more 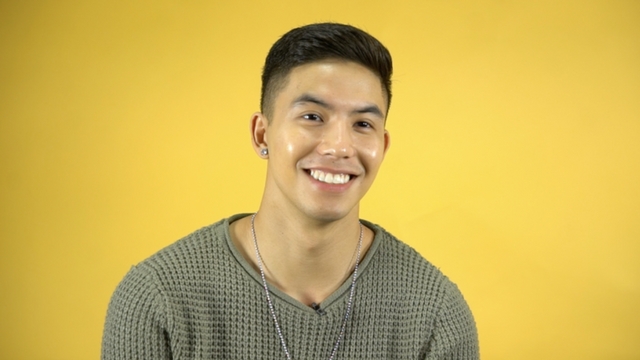 MANILA, Philippines – It was a series of hugot-driven viral videos that put Tony Labrusca on everyone’s radar, specifically, two McDonald’s ads released in March 2017. In the ads, Tony played a guy who breaks up with his girlfriend, only to have his hopes squashed at any chance of reunion when he runs into her with a new man.

As people related to the pain of a breakup, the ads turned Tony into the poster boy for heartbroken exes everywhere.

Strangely enough, his latest role as a werewolf in fantasy series La Luna Sangre also made him the subject of heavy online bashing – not for his performance, but because he posed a threat to a KathNiel happily ever after as his character wooed Kathryn Bernardo’s character, Malia.

Tony, of course, took all the bashing in stride, and emerged victorious. A new McDonald’s ad, supposedly a follow-up to his earlier breakup ads, shows Tony’s character having dinner with a mystery woman. The outlook is positive not only for his character in the ads, but for Tony himself who, at the rate he’s going, has all the potential to be a household name.

Get to know the young actor in the video above, as he talks about his celebrity crush, his favorite dog breed, and his barber dreams. – Rappler.com