Reel to real: K-drama couples who married in real life Facebook Twitter Copy URL
Copied
From reel to real, these K-drama couples took their romance to the real world

MANILA, Philippines – It’s not rare for onscreen couples of Korean dramas or K-dramas to date in real life, but it still was a shocker when Song Joong-Ki and Song Hye-Kyo finally wed after skirting dating rumors.

The two headlined 2016 K-drama Descendants of the Sun, which became a massive hit all over Asia. The story was about the budding romance between an army captain and a doctor sent on a peacekeeping mission to a fictional war-torn country.

The love story between Song Joong-Ki and Song Hye-Kyo had fans wishing the two would transform their on-screen chemistry to real-world romance.

The fans got more than they wished for: earlier this year, the two stars not just confirmed they were in a relationship, they even announced their engagement, with their wedding set for Tuesday, October 31. (IN PHOTOS: ‘Descendants of the Sun’ stars Song Joong Ki, Song Hye Kyo marry)

The SongSong couple may be South Korea’s most high-profile celebrity wedding this year, but they’re not the first drama stars who met on set and fell in love.

Here are some K-drama couples who eventually tied the knot in real life. 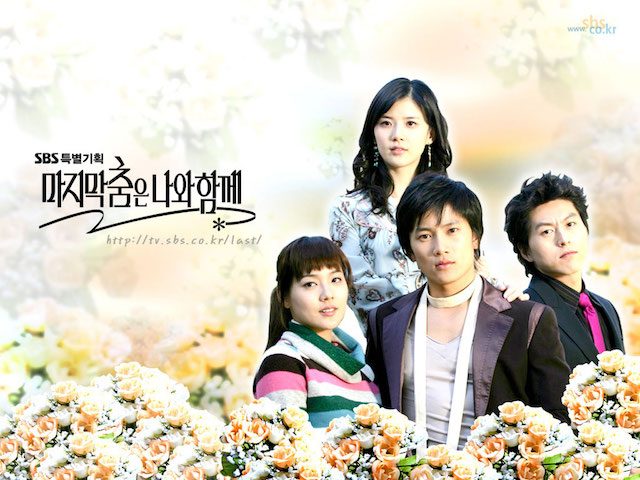 Here’s a case of the leading man falling for the second female lead in real life. The two actors first met in 2004 on the set of drama Save The Last Dance for Me. While they were just colleagues when they shot the drama, the two eventually started dating and confirmed their relationship in 2007.

In an interview, actress Lee Bo-Young said she rejected Ji Sung at first because she didn’t want to date a fellow celebrity. But the actor eventually won her over when he said he was willing to give up acting for her.

K-drama stars Eugene and Ki Tae-Young met on the set of the romantic comedy drama Creating Destiny. The television show’s title seemed to be lucky for the couple – actress Eugene even referenced it in a message to fans, saying she was happy that she found love and her destiny through the drama.

It wasn’t love at first sight for the two actors, but they eventually got closer by exchanging text messages with each other.

“Eventually, I asked Ki Tae-Young’s stylist for his number so we could film the drama successfully. Then, we began texting each other and realized that we could talk about a lot of things together. I realized that he is a really good person,” Eugene said in a 2013 interview. The two stars met while filming the 2003 drama Yellow Handkerchief, and began dating while the drama was still filming. It didn’t take long for the couple to eventually tie the knot in 2005.

Yeon Jung-Hoon –  known for his work in East of Eden and Vampire Prosecutor, among others – said in interviews that he made the first move in wooing his now-wife Han Ga-In. Han Ga-In also headlined dramas Witch Yoo Hee and Moon Embracing the Sun.

The two have now been married for over a decade, and welcomed their first child in 2016. The two headlined 2015 drama Blood and married just a year later. But the two actors have had chemistry from the start – Ahn Jae-Hyun admitted that he liked his now-wife when they began filming the drama, and even inadvertently revealed his feelings to everyone on set when he told Gu that she was pretty, not knowing that the mic had picked it up.

Gu Hye-Sun (of Boys Over Flowers fame) also took a step in their relationship, initiating the first kiss with Ahn.

“I just kissed him. I told him to come to my car and I kissed him immediately when he came into my car,” the actress said in interviews. Lee Chun-Hee and Jeon Hye-Jin didn’t let a 9-year age difference get in the way of their budding romance. While filming the 2009 drama Smile, You, the two played a couple who slowly developed feelings for each other, and eventually this translated to a real-life romance.

After the drama ended, Lee Chun-Hee asked out his younger co-star, and the two dated before the actor proposed through a song – but forgot the lyrics on the spot.

The two married in March 2011 and had their first daughter the same year. – Katerina Francisco and Jee Geronimo/Rappler.com