Nov 4, 2017 7:57 AM PHT
Emmanuel M. Hizon
Facebook Twitter Copy URL
Copied
Today's young people, inexperienced yet ready to fight, must teach their elders that there is more to opposition politics than simply the politics of addition 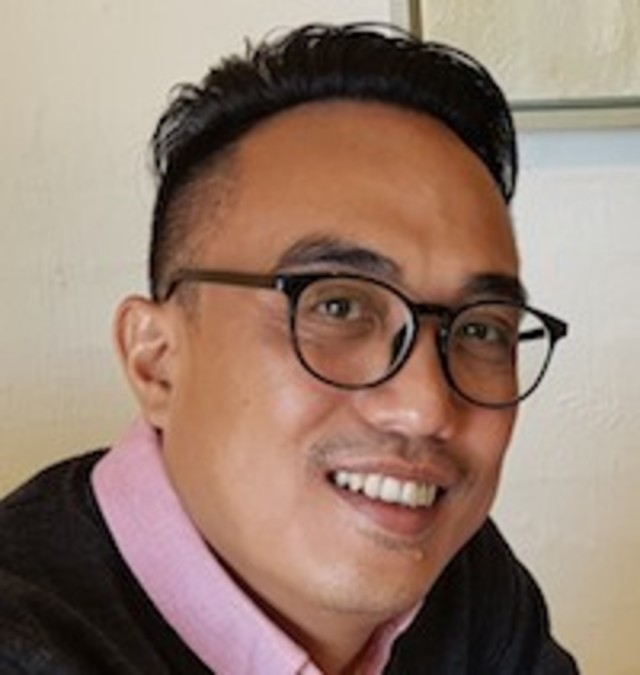 On October 23, Davao City Mayor Sara Duterte led the launching of Tapang and Malasakit, an alliance aimed at uniting Filipinos against what she described as “destructive politics.”

Many took it as a counter to Tindig Pilipinas, an opposition bloc composed of minority lawmakers, civil society groups, and former government officials from the previous administration. Social media was quick to pit the two groups against each other, complete with an online poll for netizens to choose which of the two they think is better.

The image of the two alliances side by side circulating on social media is quite interesting, if not disturbing. Beyond the difference in the symbols they use, Tindig Pilipinas fashioning the Hunger Games salute while the Tapang and Malasakit alliance donning the usual Duterte fist, they actually have one thing in common: bad political branding.

Tindig Pilipinas, while composed of credible oppositionists like Senator Risa Hontiveros, is packed with personalities closely associated with the previous administration. Despite its decision to wear the color white, it is widely perceived as a Yellow-led movement, carryovers of the previous government and, thus, a stark reminder to the public of the prior administration’s flaws, failures, and overt self-righteousness.

On the other hand, Tapang at Malasakit is led by widely discredited political figures such as current Manila Mayor Joseph Estrada, ousted from the presidency by a popular uprising and convicted of plunder, and Ilocos Norte Governor Imee Marcos, the unrepentant daughter of the late dictator Ferdinand Marcos.

Despite its use of a powerful message such as “unity,” some of the key personalities behind Tapang at Malasakit are actually very divisive. Their mere presence contradicts the already crumbling anti-corruption and unity rhetoric of the Duterte government.

Authenticity is not simply a brand descriptor, it is the political brand. It is accessible and relatable. It is emotional and unconventional; its message, disruptive. And this is where the two political alliances suffer. Both are perceived as led by traditional politicians, both are seen as inauthentic and self-serving, both lack a compelling narrative to mobilize the people into action, and both are merely speaking to their respective echo chambers.

Despite their efforts to differentiate themselves from one another, both operate in well-established conventions and norms. The two political groups may sit on opposing ends of the political spectrum, yet seem to be mirror images of each other. Tindig Pilipinas reminds the people of the failure of EDSA democracy. Tapang at Malasakit represents two regimes booted out of power by two EDSA people power revolts. 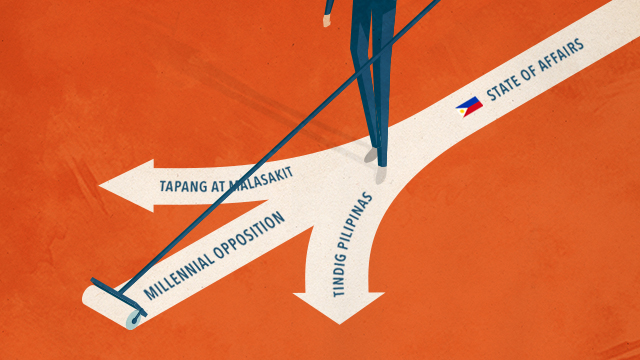 Of course, it can be argued that any political formation is better than an alliance led by a convicted plunderer and the daughter of a dictator. However, such a summation does not inspire confidence from the people. The people are left to choose between two bad brands or in this case, the nation’s “last card.” Such a situation actually favors President Rodrigo Duterte. In the absence of a credible alternative, this stalemate of sorts breeds cynicism, apathy and, ultimately, inaction. Worse, the people will just default to the status quo.

So where do we find the alternative? The Makabayan bloc composed of the Bayan Muna group of party-list organizations is fashioning itself as a third pole. However, this group is suffering from a deep credibility crisis as a result of its unholy alliance with Duterte. The Makabayan bloc is widely perceived to have assisted in the rise of this authoritarian and murderous regime. They clung to the petty shreds of favor given them by their fascist ally and only started to discuss cutting ties with Duterte when their appointed cabinet officials were rejected. It was not about the rampant killings.

That it took 13,000 dead people before they decided to “cut ties” with Duterte speaks of their conscience and sense of humanity they have. They have traded principles for convenience, consistency for crass political opportunism. And even in light of all these issues, it is worth asking if they have really severed ties with the current dispensation.

This therefore puts Tindig Pilipinas in a very difficult position. It must either rebrand itself or sink into oblivion. The challenge for Tindig Pilipinas is to go beyond a change of colors and symbols. Rebranding requires the group to politically reposition itself to create a distance from the negative connotations it calls to mind, or the political baggage it carried. It needs to put the people, particularly young people, at the front and center of its movement.

It needs to go beyond the “Yellow vs Dutertard” discourse. Its politicians, no matter how sincere, must take the backseat in order to give rise to a genuine people-led movement armed with a strong element of spontaneity and profound sense of volunteerism. We have seen this recently when the millennials took the leadership of the campaign to block the hero’s burial of Marcos. It was pure, raw, and authentic.

And this is where the millennials must step in. The country’s current state of affairs demands a strong millennial opposition. This however can only be the product of serious grassroots organizing. Filipino millennials are not beholden to traditional political forces. They can act as the conscience bloc of the broad opposition movement, constantly reminding their adult counterparts of their shared values and principles, leading the struggle and pushing it to the limits when others are wavering or dillydallying.

Today’s young people, inexperienced yet ready to fight, must teach their elders that there is more to opposition politics than simply the politics of addition. A genuine opposition is about consistency of principle and purpose. It is about integrity. To become a credible opposition, Tindig Pilipinas must build and embrace this political brand and the youth must be its face and voice. – Rappler.com