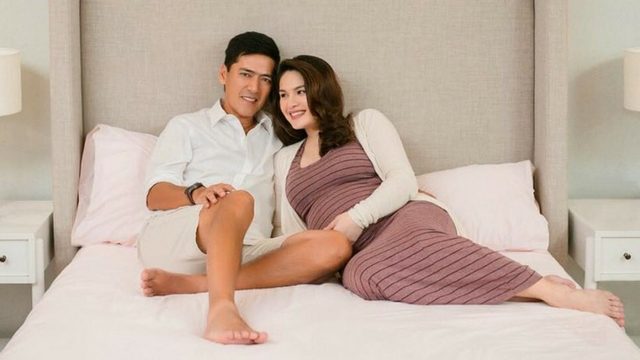 Vic announced the birth on November 6 while hosting on the noontime show Eat Bulaga.

On the show, he asked co-host Ryan K to greet Pauleen a happy birthday. He then revealed that it was not Pauleen’s birthday, but that of their baby girl’s.

He said he will be sharing photos of the newborn soon. “Ang daming buhok (she has a lot of hair),” his co-host Joey de Leon remarked.

Pauleen Luna started her maternity leave on October 28, just in time for the birth. (IN PHOTOS: Pauleen Luna-Sotto’s maternity shoot)

The baby girl, whose name has not yet been revealed, is the couple’s first, though Vic has 4 other children from previous relationships.

Vic and Pauleen have been married since 2016. – Rappler.com