These characters from 90s Filipino screens were oozing with kindness Facebook Twitter Copy URL
Copied
On World Kindness Day, let’s take a look back at these '90s characters who proved that you can be kind and cool at the same time

MANILA, Philippines – Believe it or not, there was a time when catfights and angry housewives weren’t all the hype on Philippine television and film.

In fact, ’90s kids grew up with some of the kindest TV and movie characters who took the saying, ‘Pag binato ka ng bato, batuhin mo ng tinapay,’ to greater heights. (When they throw stones at you, throw bread back.)

These characters have endured a lot – from abusive mothers to insecure rivals – but learned to stand up for themselves in the end, without sacrificing the good values they believed in.

On World Kindness Day, let’s take a look back at these ’90s characters who were just oozing with kindness, and perhaps, were even too nice for their own good. 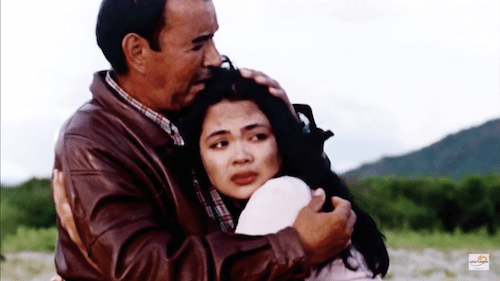 Who can forget Esperanza? With her tearjerking Cinderella story and innocent personality, family-oriented Filipinos could empathize with Esperanza Estrera, played by Judy Ann Santos, as she searched for her real family.

After a fatal bus accident that separated them, Esperanza and her two siblings were adopted by different families. Esperanza grew up with a stepmother who abused her and treated her like a slave. But Esperanza endured and remained as kind as ever, with the help of her childhood friend and sweetheart, Anton.

The whole show was a roller coaster of emotions – but it worked out well for Esperanza in the end. “You’re nothing but a second rate, trying hard copycat!”

This famous line from a scene in the movie Bituing Walang Ningning is probably one of the most iconic among ’90s Filipino films.

In an industry not exactly known for kindness, Dorina Pineda, played by Sharon Cuneta, proved that you don’t have to be mean to reach your dreams. Dorina wasn’t just talented but was also kind through and through, unlike her egotistic rival Lavinia Arguilles. The story of her rise to glory, from a sampaguita vendor to the country’s top singer touched our fragile hearts. And just when you thought she couldn’t be any kinder, the movie ended with Dorina giving the spotlight back to Lavinia. For ’90s kids, Princess Sarah was the epitome of kindness. The show was so popular that it even inspired a Filipino live action film.

The anime series followed the story of Sarah Crewe, aka the nicest rich kid you’ll ever know. Wealthy, pretty, and smart, Sarah was the alpha kid in her London boarding school where she was loved by her classmates and teachers. Her world turned upside down however, when her father died and she became a poor orphan.

And then there was Miss Minchin, the cruel headmistress who was born to make life hell for Sarah. But, just like all the other TV good girls, Sarah endured and stayed kind until the end. And it ended perfectly too, with a badass return to glory. Move over bad guys. Rico Yan proved that good can be sexy too!

He played the role of Gabriel Maglayon, a taxi driver slash walking supply of kindness from the hit TV series, Mula sa Puso.

Gabriel’s simple life took an unexpected turn when he fell in love with Via, the rich heiress he saved from being kidnapped. Suddenly, innocent Gabriel was dragged into the messy and violent conflict between Via and her evil aunt Selina. But Gabriel’s kind heart and love for Via prevailed, and they both lived happily ever after. If you had the power to grant people’s wishes, what would you do?

On her birthday, Anna, played by Camille Prats, was given this power by just touching other people after they made a wish. Being the kind and innocent girl that she was, Anna set out to change the lives of the people in their neighborhood.

It turned out to be a bad idea, however, as most of the wishes she granted backfired and caused even more problems. Elwood, who wished to be a chick magnet found himself mobbed by the girls in their neighborhood. A family that became rich because of her powers became greedy and boastful. Margie’s husband became obsessed with her, to the point that he quit his job for her, after she wished for him to love her more.

But then again, Anna didn’t mean for these problems to happen and really just wished to make their lives better. In the end, Anna and her two best friends Abigail and Trinket learned their lesson: that you don’t need powers to be able to help those around you. This series was so popular that it was remade in 2010. It was also the reason that Judy Ann was named the “Queen of Soap Operas” and Gladys the “Primera Kontrabida.”

Mara and Clara were switched at birth. Mara grew up with poor parents while their real daughter, Clara, grew up with Mara’s real and wealthy parents.

Mara eventually worked as a maid for Clara’s family, and an insecure Clara made life difficult for her. It was a pain seeing Mara suffering from Clara’s everyday tantrums, sometimes you’d wish for her to at least fight a little. But then, Clara’s rudeness only made Mara’s kind soul really shine throughout the series.

It all ended well for both Mara and Clara however, as the truth unfolded and they learned to accept each other’s differences.

Do you remember these characters? Let us know who your favorite was in the comments below! – Rappler.com