Isabel Granada is laid to rest Facebook Twitter Copy URL
Copied
Family and friends bid farewell to the actress, who is given full military honors at her burial

MANILA, Philippines – Actress Isabel Granada was laid to rest on Sunday, November 12, and was given military honors by the Philippine Airforce. Granada served as an airwoman second class sergeant for two years. (READ: Isabel Granada’s remains arrive in Manila, schedule for viewing announced)

The actress’ mother Guapa Granada, her husband Arnel Cowley, son Hubert Aguas, and ex-husband Jericho Aguas said their goodbyes. Her body was cremated and will be transfered to Sanctuario de San Jose Parish in Greenhills. 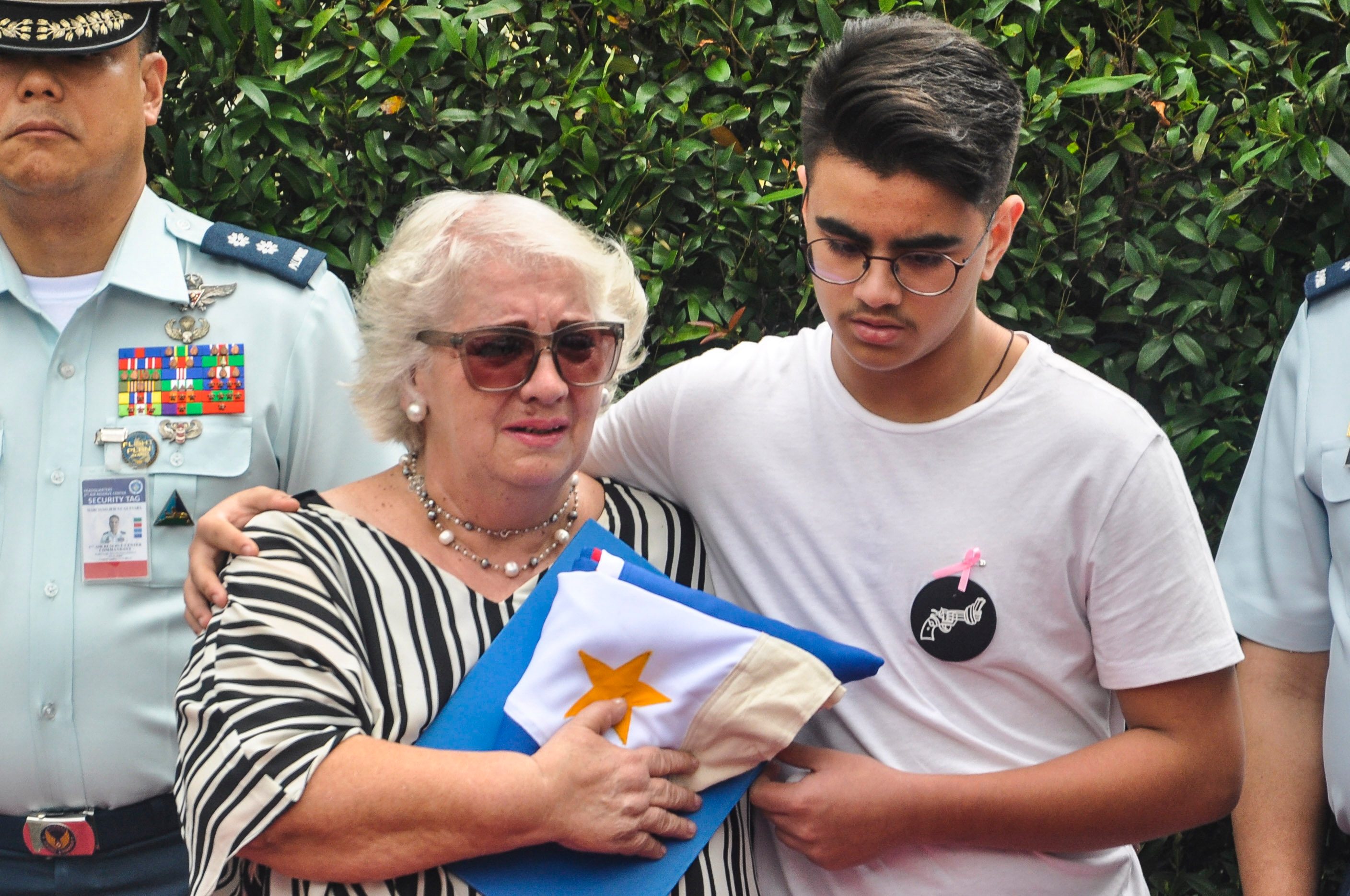 Granada, 41, rose to fame for being on late German “Kuya Germs” Moreno’s show That’s Entertainment. She died on November 4 due to an aneurysm, which she suffered after collapsing during a meet and greet in Qatar. – Rappler.com