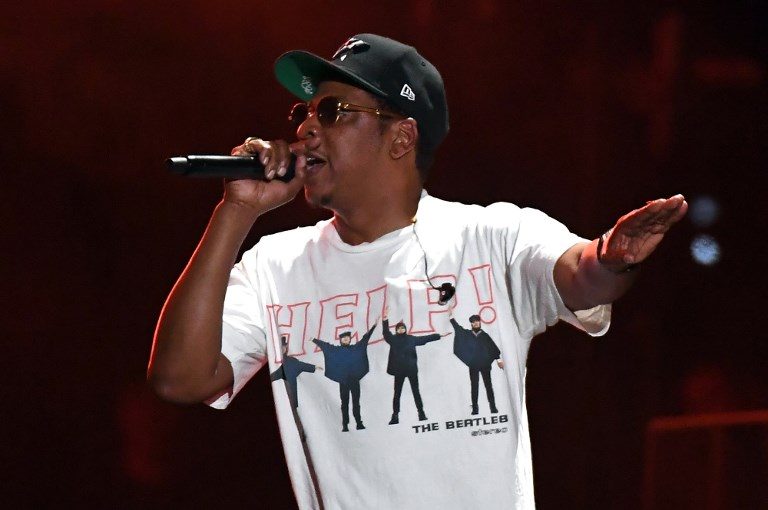 Facebook Twitter Copy URL
Copied
The Recording Academy, which consists of more than 13,000 music professionals, will vote to decide the winners who will be unveiled at the annual Grammys gala on January 28

Jay-Z, who has won an impressive 21 Grammys over his career but has never before been nominated in a major category as a solo artist, is up for Album of the Year for his 4:44 as well as for Record and Song of the Year.

4:44 marked a return to music by the 47-year-old multi-millionaire after years focused on business ventures.

The album put on display an unusually vulnerable Jay-Z, who acknowledged his infidelity to wife Beyonce, revealed his mother’s closet struggles as a lesbian and tackled the state of US race relations.

Lamar’s 7 nominations came for DAMN., an album which switched back to a more traditional hip-hop style after the 30-year-old Los Angeles native’s experiments with jazz, electronica and spoken word.

Bruno Mars, the fun-loving funk revivalist, also fared well with 6 nods including Album of the Year for his 24K Magic.

Despacito, the viral hit that tied for the most weeks ever on top of the US singles chart despite being in Spanish, was nominated both for Record of the Year, which recognizes the overall performance, and Song of the Year, which honors the songwriter.

If it triumphs, Despacito would again make history as the first song in a language other than English to win in either category since Italian songwriter Domenico Modugno’s Nel Blu Dipinto Di Blu – popularly known as “Volare” after its chorus – at the very first Grammys in 1959.

The Recording Academy, which consists of more than 13,000 music professionals, will vote to decide the winners who will be unveiled at the annual Grammys gala on January 28.

The ceremony will take place in New York, Jay-Z’s hometown, to mark the awards’ 60th edition after 14 years in Los Angeles.

The awards mark the first time that the majority of nominations for Album of the Year, the most prestigious prize, hail from the world of hip-hop.

The breakthrough comes after years of criticism about how little the entertainment industry recognizes African American artists.

In the past, only two rap-dominated albums have won Album of the Year.

In 2016, Lamar’s To Pimp a Butterfly – a widely acclaimed album that featured an unofficial anthem of the Black Lives Matter movement – controversially lost to Taylor Swift’s 1989.

And at the last Grammys in February, Adele expressed embarrassment over winning Album of the Year for 25 over Beyonce’s experimental and narrative-rich Lemonade.

This time, Swift was only nominated in two side categories, although her chart-topping new Reputation came out too late for consideration for Album of the Year.

Ed Sheeran, who has enjoyed nominations annually since 2013, was also shut out in the major categories despite the strong commercial performance of his latest album Divide.

And Katy Perry, the world’s most followed person on Twitter, was completely absent as her latest album Witness struggled to match the impact of her earlier hits.

Among other rappers, Childish Gambino – the stage-name of comedian Donald Glover who infuses funk and psychedelic R&B into his hip-hop – is up for Album of the Year and Record of the Year.

Lorde is the only woman in contention for Album of the Year with Melodrama, the 21-year-old New Zealander’s sophomore work, a dance-pop exploration of the challenges of adulthood.

The contenders for Best New Artist include the quickly emerging young singers Alessia Cara and Khalid, who are also nominated for Song of the Year for the anti-suicide track 1-800-273-8255 – the title refers to a US telephone helpline.

In classical music, Dmitri Hvorostovsky – the Russian baritone and sex symbol of the operatic world – received a nomination a week after his death at age 55 from a brain tumor.