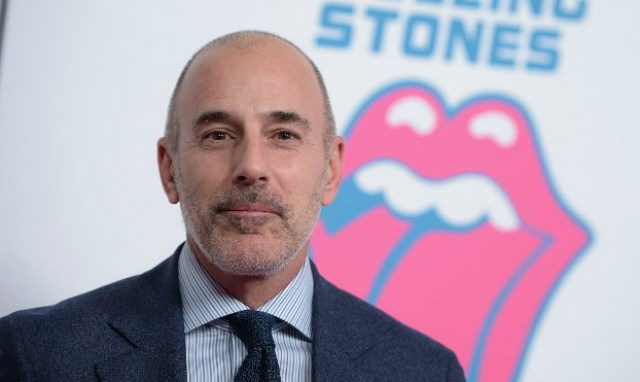 MANILA, Philippines – Following the announcement of Matt Lauer’s firing at NBC’s Today show, stories of him sexually harassing women has flooded the internet.

According to a report from Variety, several women from the show, whose names have not been revealed, said that he summoned a female employee once to his office and pulled down his pants to show his penis. When the female employee declined to do anything, he reprimanded her.

In another account, Lauer is said to have a habit of quizzing female producers on who they’ve slept with and would sometimes engage in a game where he would give the name of the female co-hosts he would likely sleep with.

The other women interviewed by Variety said that multiple complaints about Lauer’s conduct had been brought to NBC’s attention over the years. The complaints, however, fell on deaf ears.

Lauer has always been portrayed as the ideal clean-cut, all-American, and now with the accusations against him, a different story is emerging. According to a former producer of the Today show, there were some sexual relationships – a few being consensual – with employees of the longest running morning talk show in America, despite Lauer being married and having kids.

“He couldn’t sleep around town with celebrities or on the road with random people, because he’s Matt Lauer and he’s married. So he’d have to do it within his stable, where he exerted power, and he knew people wouldn’t ever complain.”

He reportedly had a button in his desk which was said to automatically lock the room for privacy. This opportunity, according to two women interviewed by Variety gave him the chance to make inappropriate advances. Reports of his behavior during assignments were also detailed. At one point, his wife even came with him to cover the London Olympics, because she did not trust him.

One former employee said that a lot of them feared what would happened to their careers if they don’t return the advances of the news anchor.

“I did this special with him and we are traveling and I had a cold sore on my lip and I heard him say to Bryant Gumbel, ‘She has this really ugly cold sore on her lip,’ like that was something to be ashamed of. He was just really cruel,” she said.

Lauer has yet to issue a statement on the accusations against him. His case is the latest among a number of high-profile personalities such as Harvey Weinstein, Louis C. K, and Kevin Spacey, who have been accused of sexual misconduct over the past few months. – Rappler.com