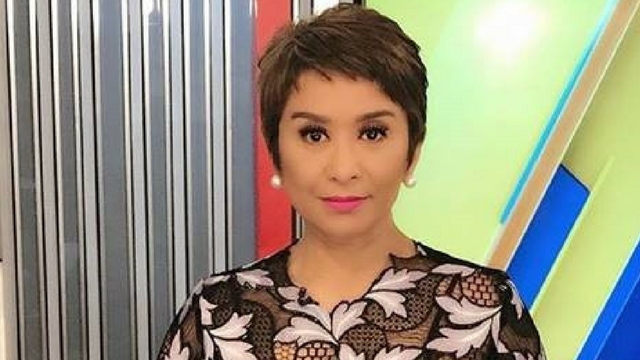 MANILA, Philippines – Ces Oreña-Drilon has been appointed Content Acquisition Head of the ABS-CBN Lifestyle Ecosystem Group and will leave her role as anchor on the late night news program Bandila.

Drilon was one of the original anchors of the program which started in 2006.

On Instagram, she shared a photo of her last night as a Bandila anchor, thanking viewers and looking forward to her new role.

“Salamat sa inyong pagsubaybay at pagpupuyat sa @bandila.official sa loob ng higit isang dekada. I’ll be facing new challenges and will have new responsibilities in ABS-CBN, this time behind the camera. I will still and always be your #kapamilya,” she wrote.

(Thank you for tuning in and staying up late to watch Bandila for over a decade. I’ll be facing new challenges and will have new responsibilities in ABS-CBN, this time behind the camera. I will still and always be your Kapamilya.)

My #lastnightonbandila ! Salamat sa inyong pagsubaybay at pagpupuyat sa @bandila.official sa loob ng higit isang dekada. I’ll be facing new challenges and will have new responsibilities in ABS-CBN, this time behind the camera. I will still and always be your #kapamilya. ( @k_and_company )

In her new role, the award-winning journalist oversees all lifestyle-related content sourcing, acquisition, and development as ABS-CBN strengthens its digital presence.

“It is invigorating to be in the middle of the changes happening in the entire media industry. The way people consume content nowadays is digital. Feedback is so instantaneous and measurement is very clear. As the content head of the lifestyle ecosystem, I get to play a role in addressing the needs of different lifestyle markets, taking in consideration the continuous evolution of technology and communication,” Drilon said.

“I am very happy that she is evolving. Her journalistic skills and her mastery of storytelling that she developed through the years working in the field and as an anchor will surely come in handy as she leads in building up the lifestyle content of ABS-CBN in line with the company’s digital thrust,” Reyes said.

She added: “No one can question the passion and excellence Ces has shown throughout her career here in ABS-CBN. She never backed down from any assignment. She did not quit even after being kidnapped while pursuing a story. She will be missed in the field but she will continue to play a big role beyond news in her new capacity.”

Drilon was kidnapped by members of the Abu-Sayyaff in June 2008 with cameramen Jimmy Encarnacion and Angelo Valderrama while they were on assignment in Sulu. She was released after 9 days. (Read Maria Ressa’s account of those harrowing days here)

Drilon has won several awards over the course of her career, including KBP’s Ka Doroy Broadcaster of the Year award in 2010. She was also one of People Asia‘s People of the Year in 2017. – Rappler.com