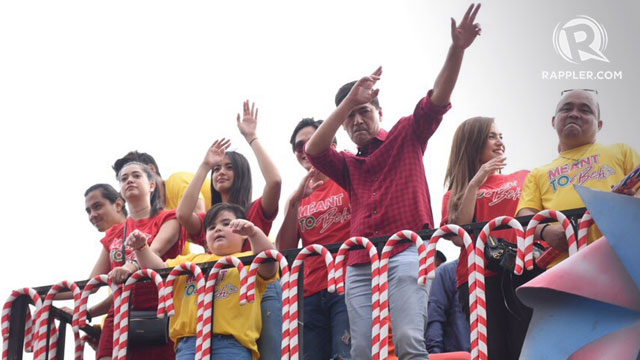 MANILA, Philippines – The 2017 Metro Manila Film Festival Parade of Stars is being held on Friday, December 23, featuring floats from each of the 8 entries in the festival.

This year’s parade is happening in Muntinlupa instead of the the usual Manila venue, to celebrate the city’s centennial year.

Fans were able to see their favorite celebrities in person as they went down on all the colorful floats from movies including The Revenger Squad, Ang Panday, Deadma Walking, The Haunted Forest, and Siargao.

We hitched a ride on the floats of Siargao and The Revenger Squad, where the stars invited viewers to watch their films.