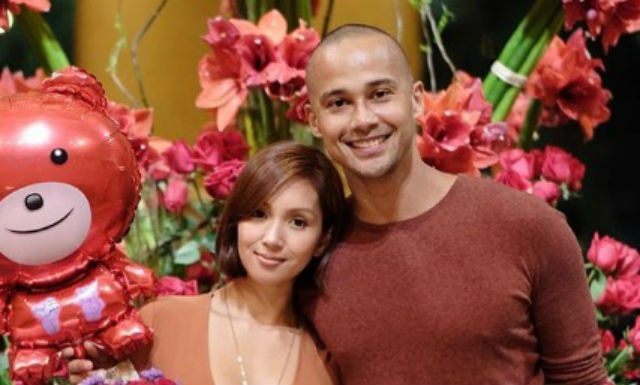 MANILA, Philippines – Wildflower actress Roxanne Barcelo confirmed that she and boyfriend, actor and model Will Devaughn have broken up.

In an interview with ABS-CBN, Roxanne said that they split up in December. Although she did not specify the reason for the breakup, she said it started with small things that began to pile up.

“Four years kami. Four and a half. It was the best relationship I’ve ever been in, and he is the best man I’ve ever met, but at some point we fell apart,” she said.

The singer/actress however said that they did not blame each other for the failed relationship, adding that they are still on good terms.

“So if you see us out, it’s not because we’re still romantic with each other, but we’re really going back to the friendship. Binabalik lang namin kung ano kami naging una, bago naging kami (We’re just bringing back the relationship we had before we became a couple).”

She also denied reports that Will has been depending on her for financial report, saying that he has businesses with partners and other commitments.

Asked if there is a possibility that she and Will could get back together, Roxanne said: “Ayoko tuldokan (I don’t want to put a period to it), but at the same time I really want to focus on making myself happy and whole, by myself muna.”

Prior to the breakup, the two appeared in the movie I Found My Heart in Santa Fe, shown last year. – Rappler.com