MANILA, Philippines – The Muhlach twins are all grown up. At 16, Andres and Atasha, children of Aga and Charlene, are already turning heads, clear winners of the genetic lottery. Will we see another Muhlach enter showbiz anytime soon?

Not for now, according to Aga and Charlene. During a Jollibee event on Sunday, February 18, Charlene shared that the twins made a promise to finish their studies before starting a hosting or acting career.

Charlene said: “We’ll support them in whatever path they choose. We will always be grateful sa industriya (to the industry), kami ni (me and) Aga, our family. If they decide when they finish school that they want to [enter showbiz], they’re open to this path. It will be their decision but for now… ”

As for Aga, he’s set to do 3 movies this year – one will begin filming in March, another in May, and the last in October. “I’m trying to lose that unwanted pounds and I’m just all set, we’re all set… Just working out, getting back into shape.”

Growing up with Aga and Charlene The most recent Jollibee commercial is one of the few times that the public has seen Andres and Atasha as teenagers. During the press conference, Aga and Charlene looked every bit like proud parents as they watched their twins confidently answer questions from the press.

According to Charlene, as parents, Aga and she did their best to protect their kids’ privacy. By living outside of the limelight, Andres and Atasha were able to live a normal childhood.

“Growing up, we always tried to give them a private life so they can have a normal childhood, to do normal things, just play without the attention. Kaya (That’s why) Aga and I shield them so they can experience that kind of life,” Charlene explained.

“Showbiz was never talked about in our household and I don’t think they ever realized, or knew the difference, ‘di ba?” Atasha, who expressed interest in acting, also praised her parents for raising them in a grounded and modest environment. Looking back, she said that the only time they realized that they have celebrity parents was when they saw Aga and Charlene’s poster in a mall.

“Growing up, they never really showed it. They were like normal people. They were never mayabang (arrogant) or anything like that. They were very, very humble,” she said.

When it comes to dating, Aga and Charlene aren’t the strictest of parents. According to Andres, who reminds people of Aga during his teen heartthrob days, his dad is actually “fine” with him having a girlfriend. Charlene, on the other hand, admitted that it will take her more time to accept that her kids are all grown up. 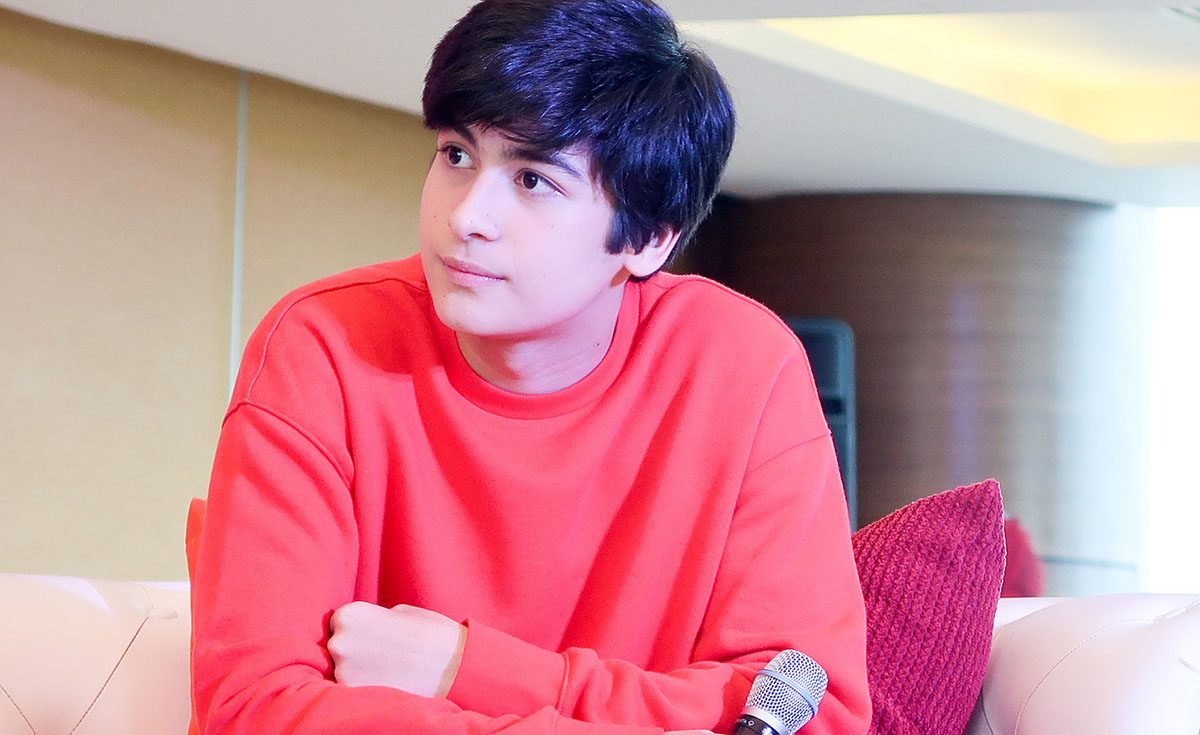 “Hindi naman bawal (It’s not that it’s not allowed). I won’t stop him [Andres] if may crush ka, or magkaroon ka ng (he has a crush or if he gets a) girlfriend. I’ll never stop naman that. I just have to prepare myself,” she said.

At the end of the day, what’s important is that the twins understand that their parents will always be there to support them. Now that they’re in their teenage years, Aga knos that Andres and Atasha wlli have to learn how to fight their battles sooner than later.