WATCH: Lea Salonga talks about playing the goddess of love at 47 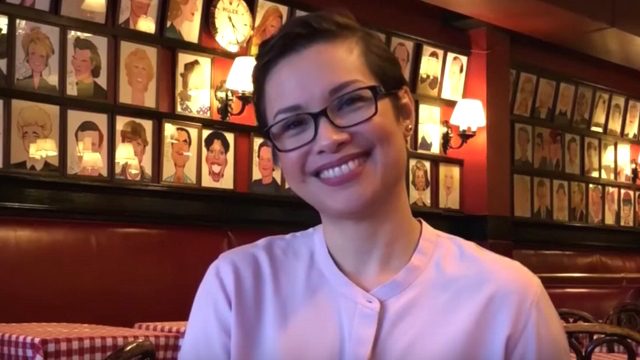 Facebook Twitter Copy URL
Copied
Rappler sits down with Lea Salonga in NYC, where she's starring as Erzulie in 'Once on This Island' on Broadway

MANILA, Philippines – Lea Salonga is back on Broadway, playing the goddess of love, Erzulie, in Once on This Island.

The musical follows Ti Moune, a peasant girl, who uses love to bring together people of different social classes.

The past few musicals that Lea was a part of have also dealt with love: in Allegiance she played the Kei Kimura, whom her estranged brother had to put to rest. In Fun Home, she was Helen Bechdel, the wife of a closeted homosexual.

In the interview above, held at the iconic Sardi’s in New York, Lea talks about how age (she is now 47) and real life has informed how she portrays Erzulie, the possibility of an on-screen reunion with former love-team partner Aga Muhlach, and her plans for the rest of 2018. – Rappler.com