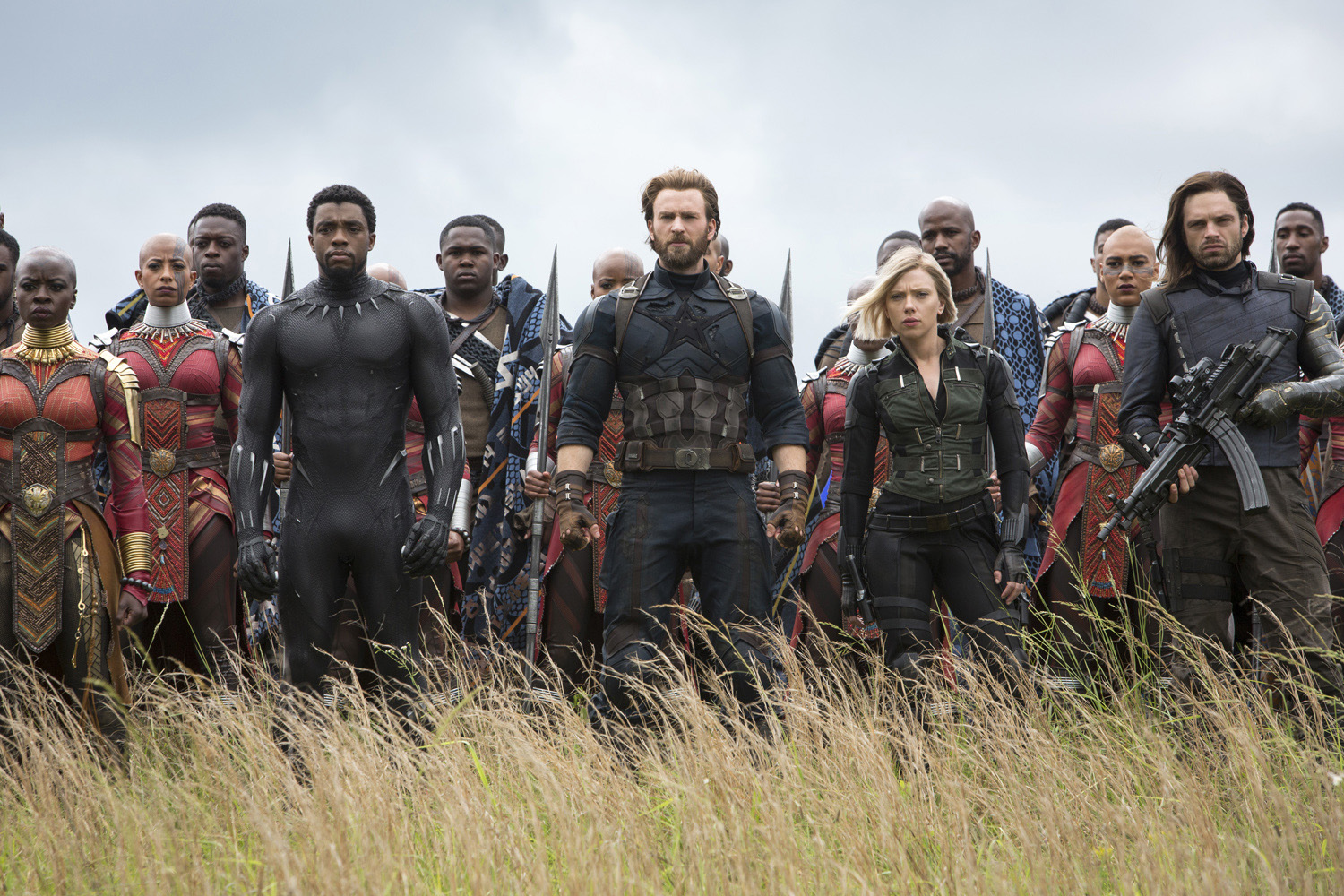 This week, Marvel Studios unleashes the highly-anticipated Avengers: Infinity War in theaters worldwide, almost 10 years to the day that it introduced movie fans to its ever-expanding comic book world with Iron Man.

The film, set to hit US theaters on Thursday night, is sure to be one of the biggest blockbusters of the year  –  and the unofficial kick-off to the summer movie season. (WATCH: ‘Avengers: Infinity War’ cast attends world premiere in Los Angeles)

Infinity War is the 19th film in the so-called Marvel Cinematic Universe (MCU)  –  it combines a whopping 9 franchises, and the cast list reads like a who’s who of Hollywood’s A-list.

Robert Downey Jr will don the red and yellow metal suit once again as Iron Man; Benedict Cumberbatch is Doctor Strange; Scarlett Johansson is back as Black Widow; and Australia’s Chris Hemsworth is Thor.

Also back for more? Black Panther  – the Marvel breakout of the year after the massive opening of the standalone pic in February, Captain America, the Hulk, Spider-Man, Hawkeye, the Guardians of the Galaxy and their assorted allies.

Their mission? To prevent the powerful purple alien Thanos (Josh Brolin) from destroying the universe.

“We took a picture of every single person whose character has been in the MCU. We hung it up on a wall all around us,” co-director Anthony Russo, who helms the pic with his brother Joe, told reporters ahead of the film’s release.

“Every one of these characters… has been on a very specific journey through the MCU to arrive at this moment.”

This is the third “Avengers” film, with the final, untitled saga set for next year.

At the press conference in Beverly Hills, the directors and stars were careful not to reveal too many details about the film’s plot.

But expectations are high after the massive success of Black Panther, which so far has raked in more than $1.3 billion worldwide and has broken the all-time North American record set by Titanic, with more than $680 million in the US and Canada.

Some projections have it opening at more than $235 million, and even higher, according to Variety  –  the record opening weekend of $248 million for Star Wars: The Force Awakens is within reach.

“It was great to go from what we did with Black Panther, and bringing some of that into Avengers,” said Chadwick Boseman, who portrays the character  –  the first black superhero to front a movie.

An important source of inspiration is the Marvel canon  –  the storylines developed over decades in the original comic books.

Infinity War is drawn from the Infinity Gauntlet series from the early 1990s.

“It starts with those comics and us beginning to rip pages out or rip copies of pages out and put them on the walls and start to be inspired,” explains Kevin Feige, the president of Marvel Studios, which is owned by Disney.

“It’s a North Star for us as we lead these giant productions into reality.”

In the movie’s trailer, Gamora (Zoe Saldana)  –  Thanos’s daughter, of sorts  –  explains that the villain believes that if he annihilates half of the universe, he can save the other half.

He needs the so-called Infinity Stones to do it. So, the heroes need to keep him from getting them.

The film  –  which cost an eye-watering $300 million to make, according to Hollywood media  –  is likely to wow audiences with its cutting-edge special effects.

And Marvel legend Stan Lee  –  the co-creator of numerous heroes including Spider-Man, the Hulk and Black Panther, who is facing claims of sexual assault  –  makes his usual cameo appearance.

“It was about the most fun creative exercise I think I’ve ever been through in my life,” said Anthony Russo. “We thought about everybody in the MCU.”

Tom Holland, the young British actor who is the latest to wear the Spider-Man suit, says his only disappointment was not getting to wear the “Iron Spider” armor, which is instead digitally edited into the film.

“It’s too amazing to exist in real life,” says Holland.

“So I joined the wonderful Mark Ruffalo… and stood amongst these gods wearing pajamas,” he joked.  – Rappler.com