Apr 30, 2018 10:50 PM PHT
Rappler.com
Facebook Twitter Copy URL
Copied
The singer talks about the pressure to be 'perfect' and the search for meaning and purpose 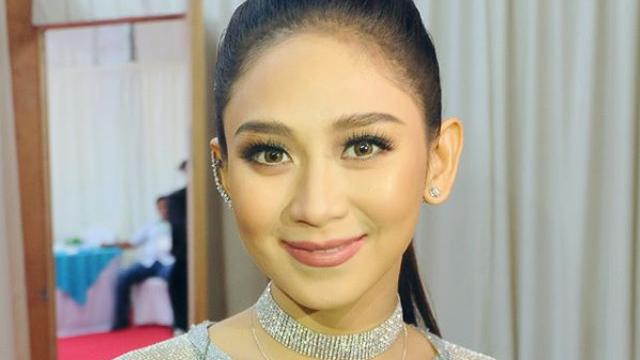 MANILA, Philippines – Sarah Geronimo got real and raw during a concert in Las Vegas on Sunday, April 29.

The singer, who is celebrating 15 years in the industry, poured her heart out to her audience and was later unable to finish her trademark “Forever’s Not Enough.”

Speaking to her audience, the singer admitted that she was tired. In video clips uploaded by concert-goers, Sarah said that while she wanted to share her talent with the rest of the world, she wasn’t as wanting to face the consequences: the pressure “to always go good,” to be a role model and to be “perfect.”

“Mahirap po (It’s hard),” said Sarah, as her audience encouraged and cheered her on.

Sarah, who is celebrating 15 years in the Philippine music industry, promised concert-goers that she would still do her best to “survive” the night’s performance, noting that her audience had paid to be entertained. The crowd cheered her on.

According to a report on ABS-CBN, Sarah has been working non-stop since her anniversary concert on April 14 in Manila. She left for the United States on April 21, and has made 4 stops around the country so far.

ABS-CBN noted that Sarah was still set to perform in Chicago and New York.

The 29-year-old singer, still talking to her audience, said she had been asking herself why she felt “empty.”

(It’s not successful shows or hits that complete you. What makes you happy as a person is true love that is constant, whether or not you’re perfect.)

(Slowly, I’m trying to find what I need to do to make me feel fulfilled. It’s something I think about to this day. But then some people tell me: ‘Sarah, stop looking for it. Because the talent God gave you should be used as a platform to honor His name, glorify His name, and to become an inspiration to other people.)

Sarah later tried to finish singing “Forever’s Not Enough” but had to pause several times to compose herself. She eventually left the stage.

The 29-year-old won “Star for a Night” in 2003 and her rise has not halted since. She’s a force to reckon with in the Philippines, with her successful albums, concerts, movies, and television shows. – Rappler.com