MANILA, Philippines – Taylor Swift and Katy Perry have been in a feud so intense it even made its way into their music, but now it seems that the two pop stars are making amends.

On her Instagram stories, Taylor recently posted a video of a package she received containing an olive branch – a traditional symbol of peace – and a handwritten note that started out with “Hello old friend,” sealed with a sticker of a pup that appears to be Katy’s dog, Nugget. 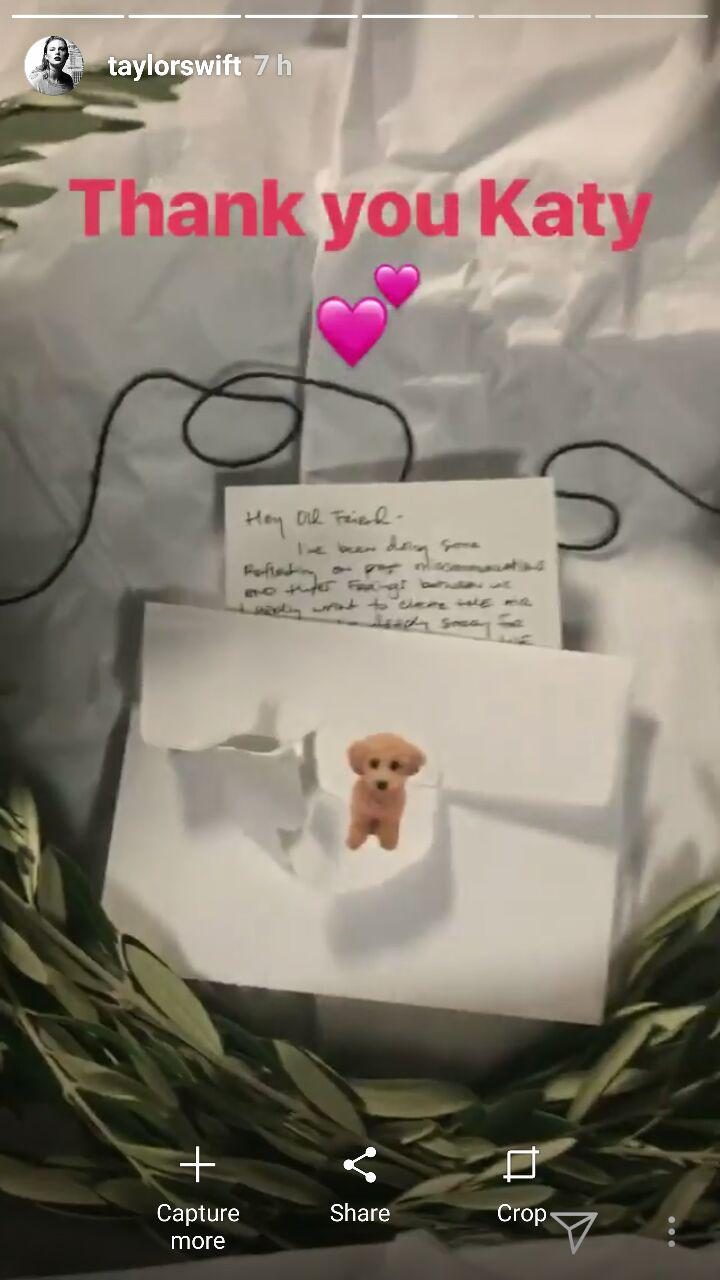 “Thank you Katy,” Taylor wrote in the story, though she didn’t tag her fellow pop star.

The two have been locked in a famous feud since at least 2014, when Taylor revealed that her song “Bad Blood” was about another female singer who tried to steal her back-up dancers. Since then, the two have been throwing shade at each other in interviews and tweets, and in 2017, Katy released “Swish Swish,” which is her supposed response to “Bad Blood.” (READ: The clapback: 10 music feuds that hit more than just the charts)

Before all the drama, however, the two were close friends, with Katy even defending Taylor when Kanye West famously interrupted her at the 2009 VMAs. – Rappler.com