‘I was so naive’: Georgina Chapman lifts lid on scandal 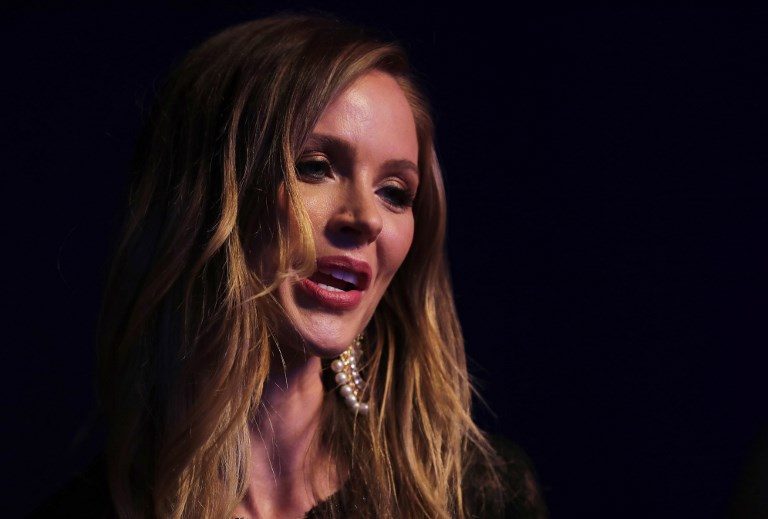 NEW YORK, USA – The estranged British fashion designer wife of Harvey Weinstein claims she “never” suspected him of wrongdoing and was “so naive,” in her first interview since the Hollywood mogul’s downfall over sexual misconduct revelations.

“There was a part of me that was terribly naive – clearly, so naive,” Georgina Chapman, 42, told Vogue in an extensive interview published Thursday, May 10, 7 months after the rape and sexual harassment allegations snowballed.

“I had what I thought was a very happy marriage. I loved my life,” she said. Asked if she had ever been suspicious, she replied: “Absolutely not. Never.”

Chapman, the co-founder of fashion label Marchesa, married Weinstein in 2007 and the couple share two children. She left her husband soon after the scandal broke and the couple are divorcing.

“I lost 10 pounds in 5 days. I couldn’t keep food down,” she said. New York Times and New Yorker reports on Weinstein last October led to his career annihilation, bankruptcy, police investigations and the #MeToo movement that has ousted a host of powerful men from jobs across politics and industry.

Chapman fled New York, to Los Angeles and then London, saying she didn’t go out for 5 months.

“I was so humiliated and so broken,” she said. “I thought, ‘Who am I to be parading around with all of this going on?’ It’s still so very, very raw.”

Marchesa cancelled its planned February runway show at New York Fashion Week and there has been sniping that the label, which shot to prominence dressing starlets who appeared in Weinstein’s movies, may not survive.

But on Monday, A-lister Scarlett Johansson purposely choose a Marchesa gown to wear to the Met Gala, the most high-profile celebrity fashion event of the year.

“A lot of people reached out and said, ‘Let me wear something’,” she said.

While Chapman told Vogue she doesn’t consider herself a victim, she broke down in tears when talking about her son and daughter.

“What are their lives going to be?” she cried. “It’s like, they love their dad. They love him,” she told Vogue. “I just can’t bear it for them!”

As her marital homes are sold, she now plans to move to a farm in upstate New York with her children.

The interview also revealed that Chapman had bonded with Huma Abedin, Hillary Clinton’s long-time aide whose husband Anthony Weiner is a convicted sex offender, and now in prison for sexting a 15-year-old girl.