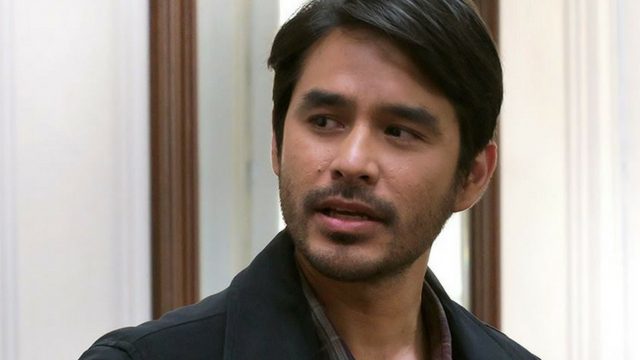 Facebook Twitter Copy URL
Copied
'Mike is a deeply troubled person. The kindest thing I can say about him is that he needs help, patience, and understanding as he wrestles with his personal demons'

MANILA, Philippines – Journalist-turned-movie-actor Atom Araullo broke his silence on Wednesday, May 30 – more than a week after director Mike de Leon said on Facebook that the Citizen Jake star “disappointed him… not as an actor but as a person.”

On his personal Facebook account, Atom said he deliberately chose not to comment on Mike’s statements right away “because I didn’t want to distract from the film, or be accused of cheap gimmickry to promote it.”

“Besides, I figured that those who really mattered know me well and would not be swayed by what they hear in the rumor mill,” the former television reporter said.

After explaining that he continues to stand by and defend Citizen Jake, Atom acknowledged that his director Mike “made deliberately hurtful remarks about my journalism.”

“Which, ironically, has nothing to do with my participation in the film,” Atom noted.

“All I can say is that I have never made any claims about the quality of my output or my stature in the media industry. To do so would be futile and obscene. I just aim to do my best like everyone else, always acknowledging that one continues to learn and improve everyday. I’ll leave it to the public to appraise the value of my work, accumulated over a decade of being a journalist,” he said.

He added: “Despite everything, I do not wish to besmirch Mike’s reputation the way he did mine. However, I think it is important to explain that while many were shocked by his recent tirade, I was not.”

“It was only the latest in a string of unprovoked, irrational, almost random tantrums that I had to endure during the making of this film, determined as I was to see it through. It had a profound effect on me, and to be honest, made it that much harder to perform my duties in the movie. Almost everyone who at one point worked on Citizen Jake knows this, and his voluminous texts and emails will bear it out.”

“When others found themselves in Mike’s crosshairs, I tried to be there to lend a sympathetic ear. Perhaps his woeful behavior continues because he is never held accountable. Mike is a deeply troubled person. The kindest thing I can say about him is that he needs help, patience, and understanding as he wrestles with his personal demons. But while he has certainly tested the limits of my endurance, I can rest easy knowing that I worked hard, behaved professionally, and did all to the best of my abilities at the time the film was made.”

Atom explained that he was approached to do the film in 2016, without so much as a script or a clear story. But Mike was adamant that he wanted a journalist to play the part.

“I believed in the director, and like others who admire his work, I wanted to see him make another film after some 17 years of retirement at the time. So, I said yes,” Atom said.

On the Citizen Jake Facebook page, Mike went on a long rant about how he “only realized later that Atom’s journalism was not exactly the kind of journalism I had in mind.”

“It’s not the gritty kind but more of the celebrity-centered schlock that sometimes verges on entertainment, even showbiz. Looking back, I can see why he wanted to become a movie actor. Perhaps the journalist was really a closet movie star,” Mike said in a post that has since been removed.

Atom was a field reporter for ABS-CBN for nearly a decade before moving to rival GMA 7, where he now primarily does long-form reports and documentaries. (READ: Atom Araullo on journalism, celebrity, and what he learned from ‘Citizen Jake’)

Even as a field reporter, Atom has been known to express his views on many important issues, including the hero’s burial of the late dictator Ferdinand Marcos.

Citizen Jake tells the story of Jake Herrera (played by Atom Araullo), a journalist-blogger who finds himself at odds with his political family. It marks Mike’s comeback to film after a hiatus of nearly two decades.