Vic Sotto, Coco Martin to team up for MMFF movie

Jun 13, 2018 9:06 PM PHT
Rappler.com
Facebook Twitter Copy URL
Copied
Coco confirms he and the 'Eat Bulaga' host are set to work together for an MMFF movie this year 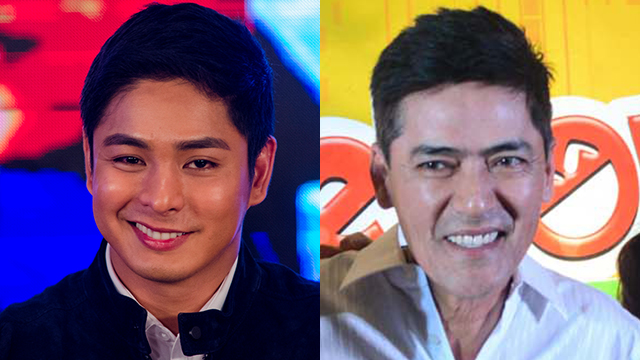 MANILA, Philippines – They may have been competitors during the last Metro Manila Film Festival (MMFF), but for 2018, Coco Martin and Vic Sotto are set to join forces for the annual event.

In an interview with Pep during the 66th FAMA Awards on Sunday, June 10, Coco confirmed that he and Vic have already spoken about doing a movie together for the festival.

(Actually, we’ve already talked. Excited? Of course, because I’ve been dreaming of working with Bossing. We’re fortunate that we were given the permission. Hopefully, it will push through.)

(Of course, that’s Tito, Vic, and Joey. All of us look up to them, especially when it comes to comedy.)

The movie title and genre have yet to be discussed.

In the same interview, Coco also spoke about the possibility of going up against Vice Ganda in the festival. The two have teamed up in two movies —The Super Parental Guardians (2016) and Beauty and the Bestie (2015).

(Actually, we don’t even talk about it. The objective is to make the viewers happy.)

(And of course for me, like I said, we’re not rivals. We’re helping each other add life and happiness to the film fest during Christmas.) – Rappler.com