Duterte’s celebrity endorsers: Where are they now? MANILA, Philippines – Rodrigo Duterte began his presidential campaign in 2016 with little. But he was a political magnet on the trail that he soon found himself with a steady army of endorsers and supporters.

Where exactly are they now?

How she helped Duterte: Mocha and her dance group, the Mocha Girls, campaigned for Duterte in various events and campaign sorties.

Was she offered a post? Yes. Initially, as a member of the Movie and Television Review and Classification Board (MTRCB) and later, as assistant secretary of the Presidential Communications Operations Office (PCOO). Mocha, daughter of a slain judge, gained fame through her dance group that was known for their sexy performances, but she became an online heavyweight through her sensational Facebook and Twitter accounts.

In rooting for Duterte, she told her online followers that he would ensure peace and order in the country. (READ: Mocha Uson supports Duterte: This is what she’s talking about)

As current PCOO assistant secretary, Uson has gotten a lot of flak for spreading fake news on social mediaand grabbing photos from other sites without crediting them. Duterte would defend her, saying she “deserves the honor” because he “owes” her for her political support. (READ:Mocha Uson: Fake News Victims or Fake News Peddler?)

How she helped Duterte: Liza and her partner, Ice Seguerra, were among the celebrities spotted in Duterte’s rallies around the country in 2016. Her father, Martin, is an assistant secretary of the Department of the Interior and Local Government.

Was she offered a post? Yes. She is chairperson of the Film Development Council of the Philippines (FDCP). 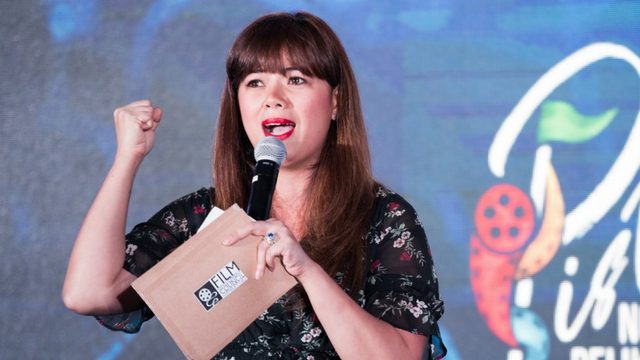 As FDCP chair, it’s Liza’s job to help organizations promote local movies. Films like Lav Diaz’ Hele Sa Hiwagang Hapis and Ang Babaeng Humayo are among the films that have reaped international awards since she took over the post.

She also founded the Pista ng Pelikulang Pilipino (PPP), a film festival that showcases Filipino films in celebration of Buwan ng Wika, which is in August. The festival, launched last year, will be held again this year.

As chair of the FDCP, Liza is also active in helping various award-giving bodies. She also sits as a member of the Metro Manila Film Festival (MMFF) Executive Committtee.

How he helped Duterte: Ice and wife Liza joined the campaign sorties of Duterte in 2016.

Was he offered a post? Yes. Ice served as the National Youth Commission (NYC) chairperson from August 2016 to April 5, 2018. Ice headed the NYC for two years, and represented the country before different forums, incuding theASEAN summit in November 2017. He stepped down from his post in March, citing personal reasons.

The Commision on Audit (COA) questioned the amount spent by the NYC under his watch for the hiring of consultants for the Sangguniang Kabataan (SK) elections, as well as other “unnecessary” expenses.

How he helped Duterte: Cesar campaigned for Duterte in 2016.

Was he offered a post? Yes. He headed the Tourism Board Promotions from December 2016 to May 2018. Cesar Montano’s time with the Tourism Promotions Board was packed with controversy. After his appointment in 2016, his employees accused him of mismanaging the board’s funds, on top of hiring personal friends and family. (READ: Cesar Montano says he’s not affected by mismanagement issues in TPB)

In early 2018, TPB launched the Buhay Carinderia project, which apaprently failed to undergo proper bidding. Cesar resigned from the post after this turned into a scandal. (READ: PB ‘guarantees transparency’ after Cesar Montano’s resignation)

How she helped Duterte: The former television reporter hosted many of Duterte’s campaign sorties. She also kept a strong presence online as a Duterte supporter.

Was she offered a post? Yes. She is an undersecretary in the Department of Tourism. 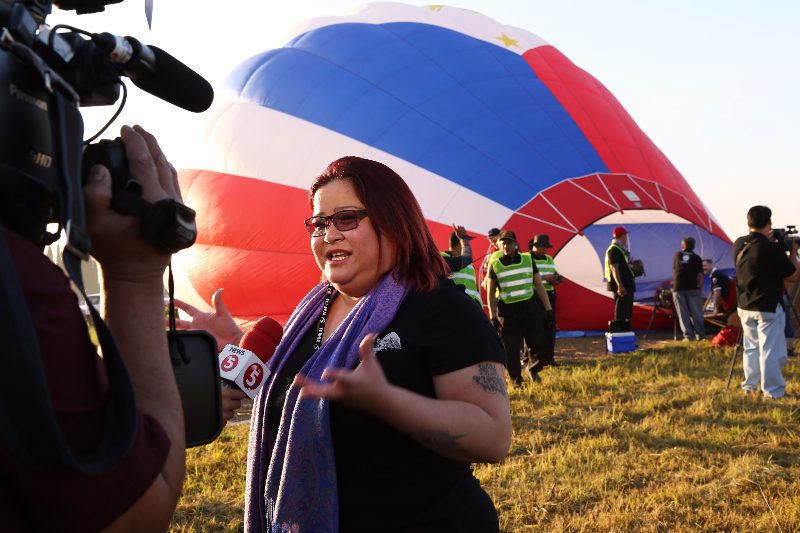 Kat, stepdaughter of former Philippine vice president and veteran ABS-CBN news anchor Noli De Castro, was appointed undersecretary for tourism advocacy and public affairs by Duterte in 2016. She helped organize the country’s hosting of the Miss Universe pageant held in 2017 and World’s Strongest Man in May 2018.

After the resignation of Wanda Teo, new Tourism Secretary Bernadette Romulo-Puyat said Kat would remain with the DOT. She was made in charge of national parks and the Intramuros park in Manila.

How he helped Duterte: Arnell campaigned for Duterte and also hosted some of his sorties. Ironically, Arnell also hosted the rival Liberal Party’s earlier sorties at the start of the presidential campaign period.

Was he offered a post? Yes. He was first appointed assistant vice president for Community Relation and Services Department of the Philippine Amusement and Gaming Corporation (Pagcor). He is now the deputy administrator of the Overseas Workers Welfare Administration (OWWA). As OWWA deputy administrator, Arnell is tasked with ensuring that government extends welfare assistance to OFWs.

Arnell criticized fellow public officials for their dramatic and controversial rescue of OFWs in Kuwait, which criminalizes such activities.

How he helped Duterte: The rock-and-roll musician campaigned for President Duterte and performed during his rallies. He also appeared in a commercial for Duterte. He also used his radio station DZRJ as a platform to defend Duterte, slam Duterte critics, and air campaign ads for him.

Was he offered the post? Yes. He is Presidential Adviser on Economic Affairs and Information Technology Communications. In an interview on ANC, RJ proposed turning the Busuanga Islands of Palawan into a “business utopia,” saying it had a lot to offer. “If we can lease a military base, why not lease a business base?” he said.

How he helped Duterte: Jimmy sang at Duterte’s rallies.

Was he offered a post? Yes. He is assistant vice president for entertainment at Pagcor. Jimmy is known for songs such as “Let Me Be The One,” “The Man I Was With You,” and “Hanggang Dito Na Lang.”

The singer grabbed headlines in April this year after he urged Duterte followers to delete their Facebook accounts and move to Russia’s VK, a social network dominated by Russian-speaking netizens and is known to attract extremists.

He made this post in reaction to Facebook’s decision to team up with Rappler and Vera Files as third party fact-checkers. Jimmy was clobbered online for that VK challenge, though.

How they helped Duterte: Like Jimmy, Luke and Paolo performed at Duterte’s rallies during the presidential campaign.

Were they given posts? Yes. They are currently members of the Movie and Television Review and Classification Board (MTRCB). Members of the MTRCB are tasked with screening and rating movies and TV shows. Another celebrity, Dennis Baldivia (better known as Dennis Padilla), was appointed to the board last year.

How he helped Duterte: Robin has been a Duterte supporter even before the presidential campaign. While not in government, Robin, a Muslim convert, has been doing his part in bridging the Duterte administration and the Muslim community. He helped in the rehabilitation of Marawi through the Tindig Marawi organization. He recently joined the Brand Pilipinas movement, which is pushing for Philippine-made brands.

His personal ties to Duterte run deep. Duterte hosted the Islamic Thanksgiving for Robin’s daughter, Maria Isabella, at the Malacañang Golf Clubhouse last November 2017. In 2016, Duterte granted Robin executive clemency, paving the way for Robin to travel abroad and join wife Mariel Rodriguez, who gave birth to Isabella in the US. Robin was not, however, granted a US visa.

Robin has also joined Duterte on presidential foreign trips, including a May 2017 trip to Russia and a June 2018 trip to South Korea.

He also joined presidential daughter and Davao City Mayor Sarah Duterte in Hong Kong for a Tapang at Malasakit Alliance tour in February 2018. The alliance, founded by Sara, aims to unite Filipinos and end “destructive politicking.”

How he helped Duterte: Freddie campaigned for Duterte and performed during his inaguration, where he sang his composition, “Para sa Tunay na Pagbabago.”

Was he offered a post? No. He was, however, reportedly eyed at some point for a post in the National Commission for Culture and the Arts (NCCA). But this never materialized. Freddie said that he wanted to head a department for culture and arts, an agency still being considered by Congress.

The Senate, which is dominated by Duterte allies, honored him last March for his “lifetime outstanding contributions to Philippine arts and culture.” – Rappler.com