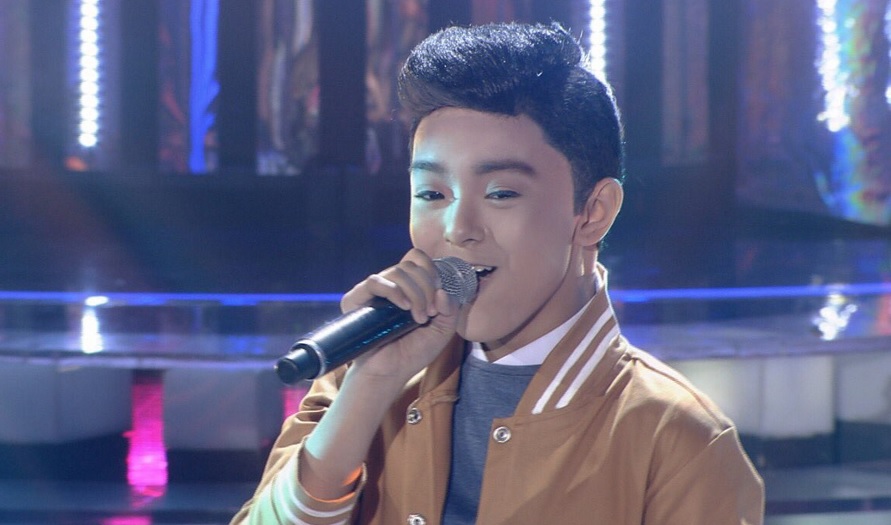 To Sheena’s surprise, the real Darren was present to watch her performance.

Darren said that Sheena managed to copy even the way he speaks.

Sheena was so shocked to see Darren that she wasn’t able to give a thank you message.

The judges, meanwhile, praised her performance. Ogie Alcasid said that the “vocals was exceptional.”

“You’re such a fragile little girl who is a good dancer and singer, tapos bigla pinakawalan n’yo si Darren na eksakto, nakakaloka (then suddenly you unleashed Darren which you managed to get right, it’s crazy)! That was so great.”

Jed Madela also commended Sheena for getting Darren’s action right. He said it showed just how much she admired the singer.

Darren rose to fame as the 1st runner-up in The Voice Kids season 1. He has since released two albums and is a regular on ASAP. He was one of the few Filipinos given the opportunity to perform at Carnegie Hall in 2014 for the Outstanding Filipino-Americans (TOFA) awards. – Rappler.com