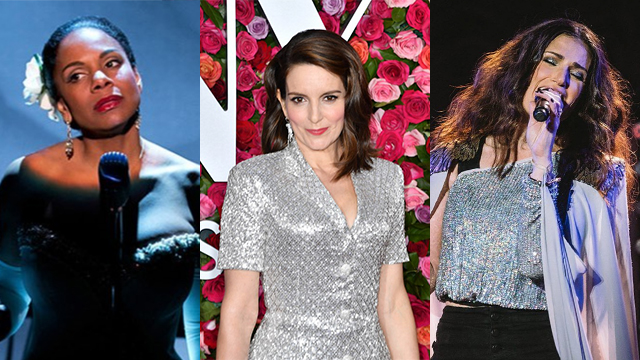 NEW YORK, USA – Some of Broadway’s biggest stars on Monday, June 25 announced a benefit concert to support efforts to reunite families amid US President Donald Trump’s controversial crackdown on migrants at the border with Mexico.

The singers and actors will perform Saturday, June 30 at The Cooper Union in New York’s East Village as part of the nationwide “Families Belong Together” protests.

Participants include 6-time Tony Award winner Audra McDonald, Wicked and Glee star Idina Menzel and Andrew Rannells, who won a Tony for The Book of Mormon and later played a recurring role on the HBO series Girls.

Also appearing will be Tina Fey, the comedian best known on television for Saturday Night Live and 30 Rock, whose Mean Girls is now on Broadway.

Part of the “Concert for America” benefit series launched last year, Saturday’s show will raise funds for El Otro Lado, the Texas Civil Rights Project and other groups active in the crisis on the border.

Trump, who campaigned on a strident anti-immigration platform, in early May ordered the arrest of anyone crossing the border illegally, with children separated from their parents as a result.

After a widespread backlash sparked by images of crying children, Trump said the United States would no longer split parents from children but would still detain families as a unit. Some 2,300 children had already been separated from their parents. – Rappler.com