Jung Hae-in reenacts lines from ‘Something in the Rain’ 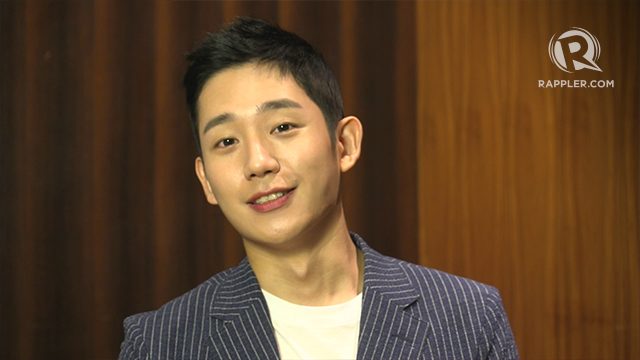 MANILA, Philippines – If you’ve watched Jung Hae-in’s latest Korean dramas, you’ve probably seen him already play such diverse roles – from sweet Han Woo-tak in While You Were Sleeping, “demon” Captain Yoo in Prison Playbook, to swoony Seo Joon-hee in Something in the Rain.

The Korean actor, who’s been active in television since he first appeared in 2014 K-drama Bride of the Century, recently visited Manila to meet his Filipino fans. (HIGHLIGHTS: Jung Hae-in makes Filipinos smile in 1st fan meeting)

A day before his fan meeting, Rappler did a quick interview with Hae-in and asked him to reenact his favorite lines from his recent dramas.

Watch the video above and let us know what your favorite Jung Hae-in drama is in the comment section below! – Rappler.com

Can’t get enough of Hae-in? Catch him on Something in the Rain and Prison Playbook, both of which are streaming on Netflix.