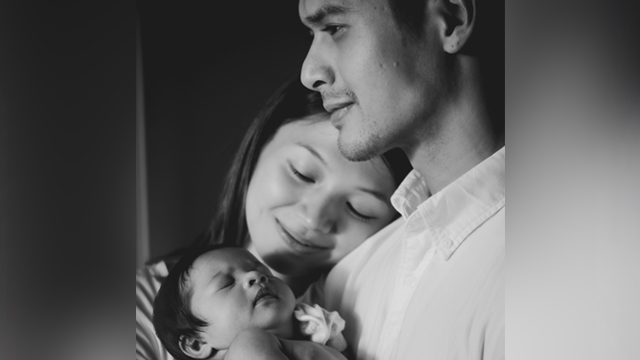 Lana Athena is his daughter with girlfriend Rikka Alyssa Cruz.

In the caption of the photos, he wrote: “My Strength. My happiness. My Inspiration. My motivation. My Love. My Life.”

My Strength. My happiness. My Inspiration. My motivation. My Love. My Life  Big thanks to @brightbulbproductions for the photos at Lana's Christening Big thanks to @stellatalier for our lovely family photos #Weout #FamilyFirst #MyFamily #ThedeVeras #LanaAthena #MyVeryOwn

He also shared another photo of him and Athena bonding.

JC confirmed that he was a father in May. His current projects include Since I Found You, starring Piolo Pascual and Arci Muñoz. –  Rappler.com