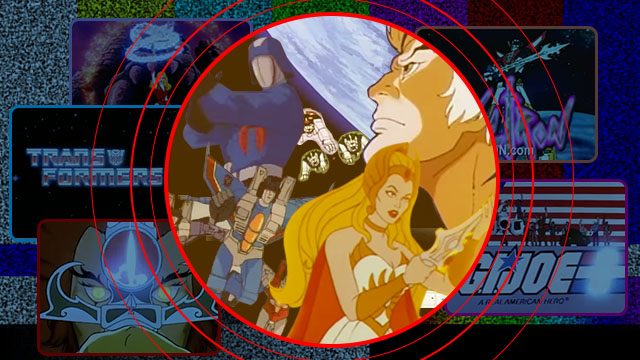 MANILA, Philippines – If you grew up in the ’80s, you’ll definitely agree that the era had some of the most memorable and iconic shows.

Whether you had a penchant for robots, found the Carebears cute, or were into fashion trends then, the cartoons of the ’80s are part of your childhood years.

Here are some of the cartoons from the era that we’d love to binge-watch again.

Before the live action Transformers movies, there was the cartoon series. The first series aired in 1984 in the US and was later aired in other countries, including the Philippines. Other shows followed, including Beast Wars and Takara Transformers.

The Transformers movie, which came out in 1986 also introduced a new generation of robots.

The famous line “Yo Joe!” was immortalized in the series that first aired in 1985. The show, based on a toyline from Hasbro, also had the rights to Transformers. G.I. Joe tells the story of a special mission force sent to defend humanity from Cobra.

The G.I Joe Movie was released direct-to-video in 1987. A live action film, G. I Joe: The Rise of Cobra, starring Channing Tatum was shown in 2009.

Created by Filmation, He-Man followed the story of Adam, Prince of Eternia, who was given the Sword of Power by the Sorceress which transforms him to He-Man, the most powerful man in the universe. He uses this to defend Castle Greyskull and Eternia against Skeletor.

She-Ra, which aired in 1985, followed the storyline of Adam’s twin sister Adora, who was introduced in the movie Secrets of the Sword. Adora was taken away from Eternia and was under the spell of Shadow Weaver and Hordak. After finding out He-Man is her twin brother, Adora, with the help of the Sword of Protection, transforms hersef into She-Ra.

Voltron: Defender of the Universe first aired in 1984 with the lion force, based on the Japanese anime Beast King GoLion. Five young space explorers head towards Arus to look for the 5 lions in order to Voltron.

They then defend Arus from the evils of Zarkon and his son Prince Lotor, who is obsessed with capturing Princess Allura, the leader of Arus, for himself.

Aside from the lion force, a vehicle force Voltron also had its own series. The vehicle team was divided into 3 groups — land, air, and water. Both the vehicle and lion force got together in a crossover movie Fleet of Doom, which aired in 1986.

Thundercats followed the story of a group of cat-like humanoids who left for a planet called Third Earth, after the destruction of their home, Thundera. The group is led by Lion-O, who protects the Third Earth from Mumm-Ra, who stops at nothing to acquire the Eye of Thundera, which holds the key to the Thundercats’ powers.

The lovable and huggable bears of the late ’80s was one of the most watched TV series by children. Inspired by artist Claire Russell’s artwork, Carebears was also marketed as toys and various merchandise.

The series was aired in 1984 and tells the story of a girl named Wisp, who later becomes Rainbow Brite, after finding the Color Kids and turning a once gloomy land into Rainbowland. With her sprite named Twink and horse Starlite, Rainbow Brite aims to spread happiness on earth through colors and by protecting them from the duo of Murky Dismal and Lurky.

A movie entitled Rainbow Brite and the Star Stealer was released in 1986, wherein Rainbow went on a mission to stop the Dark Princess after she stole the planet Spectra for herself.

The show tells the story of Jem, a singer who unknown to many, is Jerrica Benton, the head of Starlight Music. Together with the Holograms (composed of sister Kimber, Shana, Aja, and Raya) and Synergy, which helps Jerrica transform into Jem, the group goes on different adventures and often clashes with the Misfits, a rival music group.

The show also puts a spotlight on Jerrica’s relationship with Rio Pacheco, who has feelings for Jem.

Bravestarr is an American Space Western show that aired in 1987. Set in the 23rd century in a place called New Texas, Bravestarr revolves around Marshal Bravestarr, a native American, who was given the powers of animals — hawk, puma, wolf, and bear to help protect the city from the notorious group of Tex Hex.

The animated series follows the adventures of 4 paranormal investigators — Eagon, Peter, Winston, and Ray — who hunt for ghosts around in New York and even around the world. Together with their secretary Janine and mascot Slimer, the team chases down famous ghosts such as the Boogie Man and Stay Puft Marshmallow Man.

What was your favorite cartoon from the ’80s? Let us know in the comments section. – Rappler.com