Facebook Twitter Copy URL
Copied
In a touching series of posts on Instagram Stories, she explains his name and why she kept him away from the public eye

MANILA, Philippines – Isabelle Daza has finally introduced her son to the public, fully showing the baby’s face for the first time and revealing his name: Balthazar Gabriel.

“A child should not have to earn their parents’ love. He should rest in it”. you can rest in my love Baltie.

Since giving birth in April, Isabelle has been candidly sharing her life as a new mom, but – save for one photo shared soon after her son was born – has notably kept the baby’s face and his name away from the public eye.

But on Instagram on July 19, the “it girl” finally shared a closeup photo of her son, writing in the caption: “‘A child shouldn’t have to earn their parents’ love. He should rest in it.’ You can rest in my love, Baltie.”

On her Instagram Stories, she went on to explain why she kept her son private for so long.

“I don’t know why but I felt so instinctly protective when he was born, like I wanted to shelter him from the world. Maybe that’s what it meant to become a mother?” she wrote. 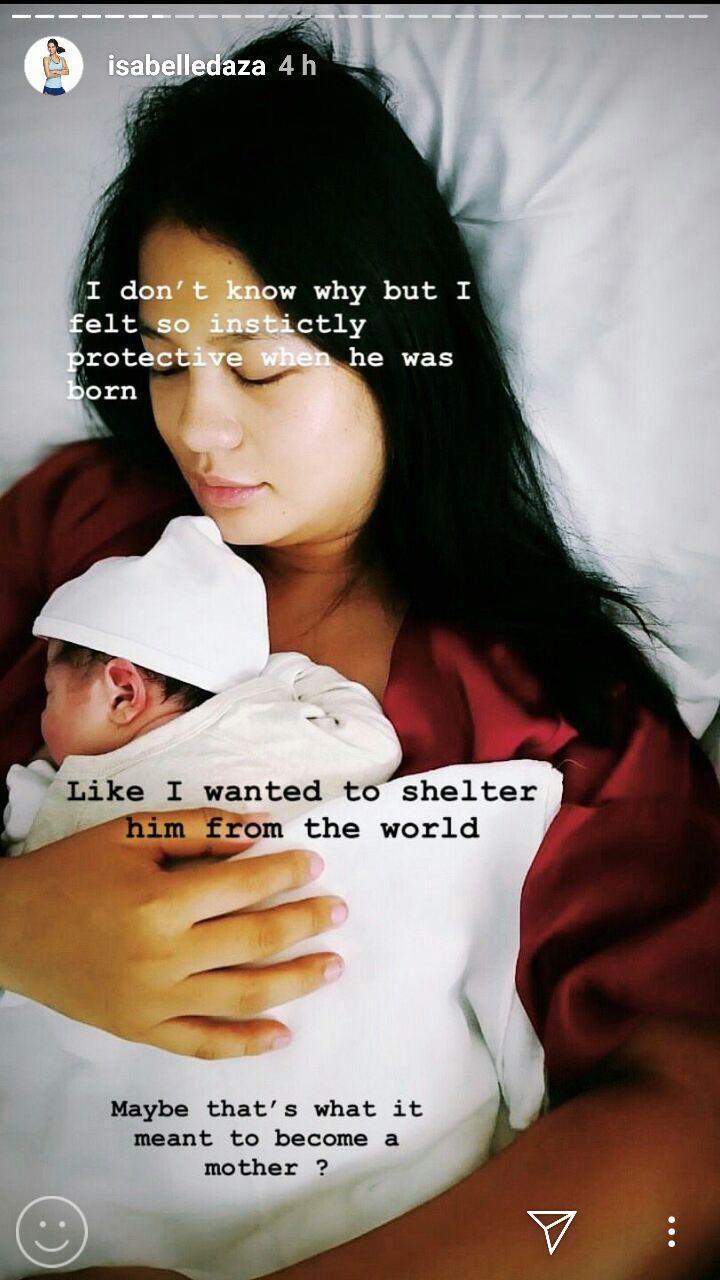 “I wanted to keep these first few months with him to myself, like keeping these moments precious,” she added. 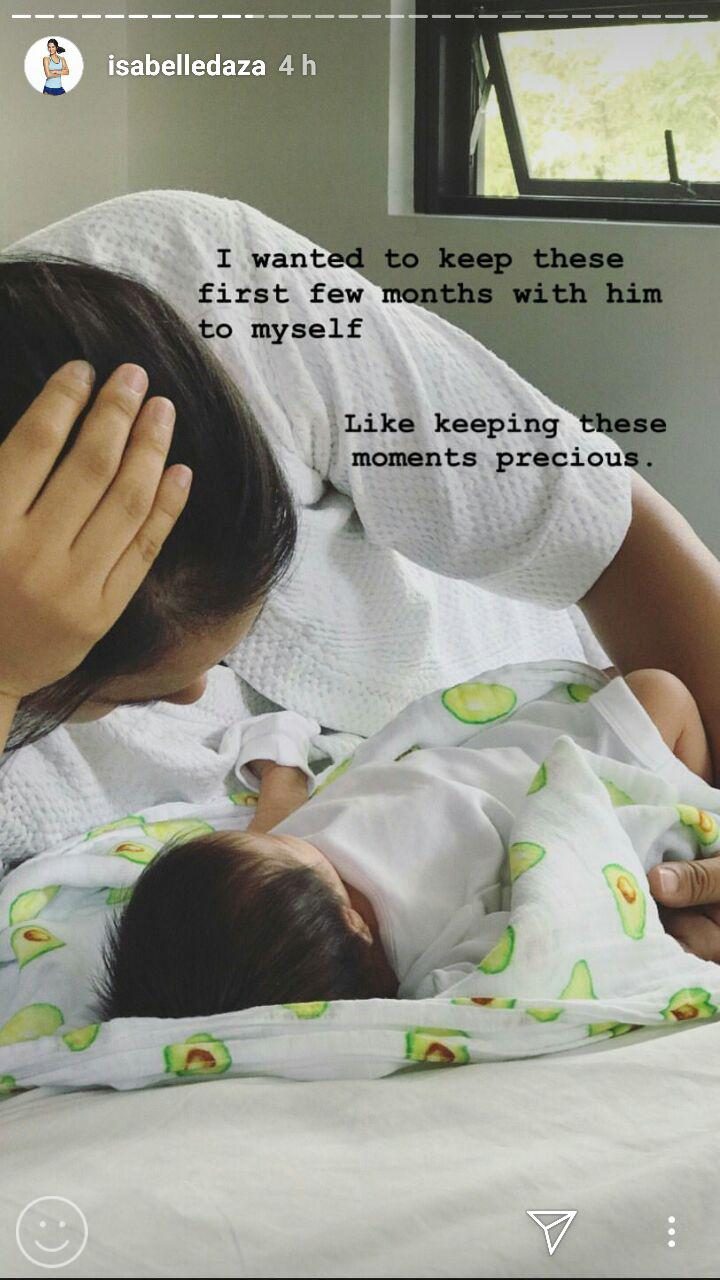 She went on to share other reasons she may have had for keeping him private, including the fact that the baby hadn’t “met” her late father Bong Daza yet.

She shared that she introduced Balthazar to her dad for the first time when they visited his grave on his second death anniversary last July 14.

“My dad loved Paris so much he thought he was half-French. Now I have a half-French little boy who is 1/4 made of my dad,” she said. “And I wanted to be reminded of him everyday so my husband named our son after him. My dad’s name is Gabriel ‘Bong’ Daza.” Balthazar is Isabelle’s first child with her husband, French businessman Adrien Semblat. They got married in Italy in September 2016. – Rappler.com