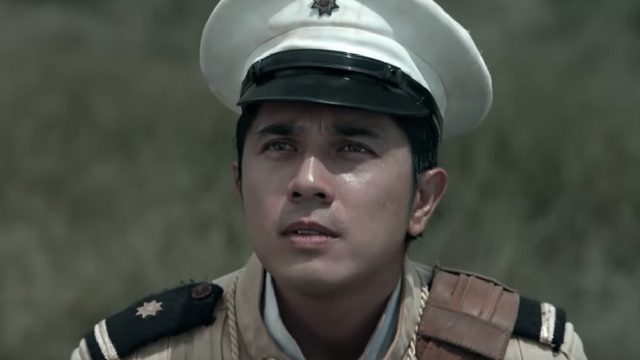 MANILA, Philippines – The full trailer of Goyo: Ang Batang Heneral has been released, and by the looks of it, the film is going to be a sweeping historical drama, with a mix of fight scenes, romance, and inspiring pre-battle pep talks.

Paulo Avelino stars as the titular chracter Gregorio del Pilar, one of the youngest generals during the Philippine-American war. Gregorio famously led – and lost his life in – the Battle of Tirad Pass, which saw 60 Filipino soldiers take on hundreds of Americans to ensure the safe escape of President Emilio Aguinaldo. (READ: Paulo Avelino on historical dramas and being Goyo)

Goyo is writer and director Jerrold Tarog’s 2nd in a planned trio of films based on the lives of national heroes. The first film, Heneral Luna, was released in 2015, and was a hit among audiences and critics alike. It starred John Arcilla as Antonio Luna, the hot-headed, foul-mouthed general leading a campaign against American forces. (READ: Jerrold Tarog talks ‘Goyo,’ Paulo Avelino, and topping ‘Heneral Luna’)