MANILA, Philippines – The Film Development Council of the Philippines (FDCP) finally pushed through with the Pista ng Pelikulang Pilipino fans day on Tuesday, August 14, days after it was canceled due to bad weather.

The Philippine fiesta-themed event saw the stars from the 8 movies interacting with students and fans who trooped to the  at the Samsung Hall in SM Aura. (READ: Pista ng Pelikulang Pilipino 2018: The 8 full-length films)

Among the celebrities were JC Santos, representing the movie The Day After Valentine’s, Christian Bables and Mara Lopez for Signal Rock, Gina Alajar and Allan Paule for Madilim Ang Gabi, along with the cast of Ang Babaeng Allergic sa Wifi, Pinay Beauty, Bakwit Boys, Unli Life, and We Will Not Die Tonight.

The audience also had a chance to participate in games, where winners got free passes to all movies, among other prizes.

Aside from the 8 films, other movies from past festivals will also be shown in selected cinemas.  (READ: Pista ng Pelikulang Pilipino announces 6 films under Special Feature Section)

The Pista ng Pelikulang Pilipino runs from August 15 to 21. 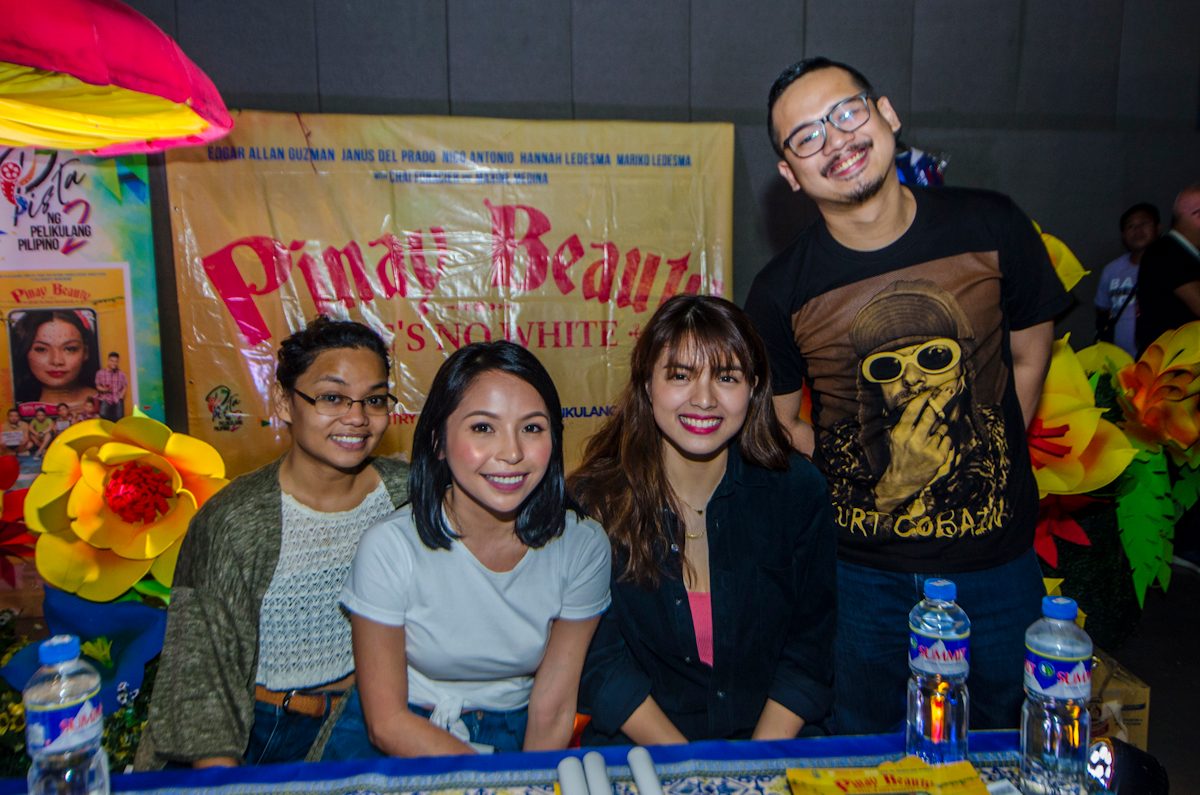