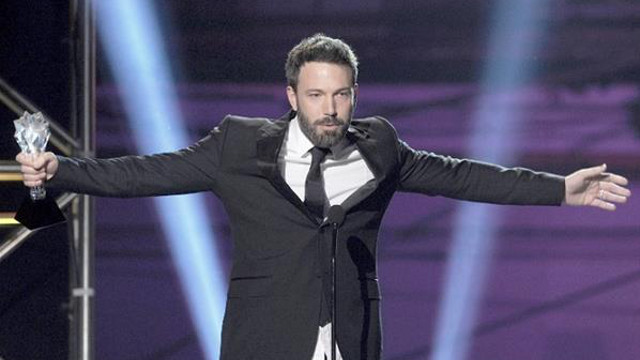 LOS ANGELES, United States – Three weeks before the much-anticipated Oscars, US film director and actor Ben Affleck won a new top prize for his film “Argo,” a thriller about the rescue of American hostages in Iran.

“There was a point in my life where I was really down, really confused, I didn’t know what was going to happen and I thought ‘I should be a director!’. And so I did it, and I worked very hard,” Affleck said as he received the award for outstanding directorial achievement in feature film from the Directors Guild of America.

“I worked really really hard to try to become the best director that I can be,” Affleck added. “I don’t think that this makes me a real director but I think it means I’m on the way.”

The award was presented to the 40-year-old director by last year’s winner, French director Michel Hazanavicius, whose film “The Artist” had been crowned 5 Oscars.

Usually, the winner of the DGA prize also wins the Oscar for best director, but Affleck has not been nominated for an Oscar in this category.

“Argo” itself however has received 7 Oscar nominations, including best picture.

Also competing for the top director’s prize were Steven Spielberg for “Lincoln,” Kathryn Bigelow for “Zero Dark Thirty,” Tom Hooper for “Les Miserables” and Ang Lee for “Life of Pi.”

The film has emerged as a leading rival to “Lincoln” at the Oscars, which take place on February 24 in Los Angeles.

Other DGA award winners include Lena Dunham for television comedy series “Girls,” and Malik Bendjelloul for “Searching for Sugarman,” the most award-winning documentary of the season.

DGA also honored Jay Roach for his movie “Game Change,” which had already won the Emmy and Golden Globe awards for his brilliant portrayal of ultra-conservative Republican vice presidential candidate Sarah Palin — played by actress Julianne Moore — during the US presidential campaign of 2008. – Rappler.com