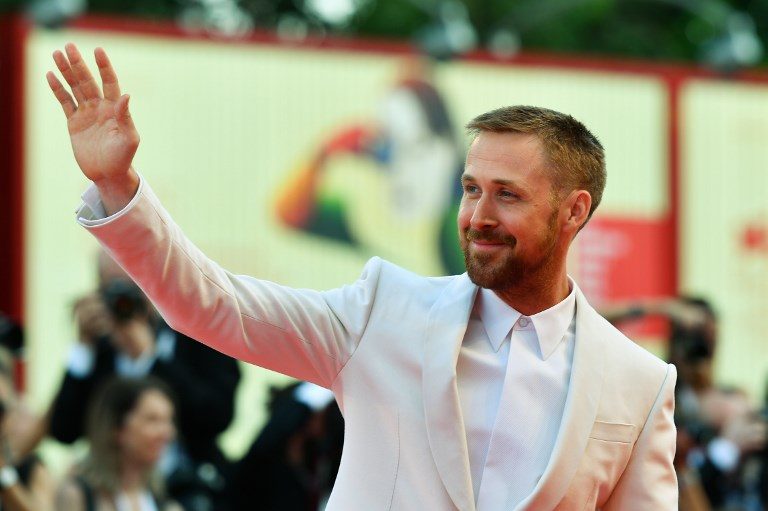 VENICE, Italy – Hollywood star Ryan Gosling said Wednesday, August 29, that he tried to learn to fly to play astronaut Neil Armstrong in an emotional new biopic about the strong but silent space hero.

The Canadian actor renewed his Oscar-winning partnership with La La Land director Damien Chazelle for First Man, which tells how Armstrong overcame tragedy after tragedy to become the first man to walk on the moon.

Gosling revealed how he took flying lessons so he could get inside the mind of the engineer and test pilot as the film opened the Venice film festival.

“I thought what I should do was learn how to fly. Neil could fly before he could drive. But not too long in when the instructor asked me to take the plane into a controlled stall, I thought ‘this is a terrible idea’,” the actor told reporters.

“There was a reason why Neil Armstrong was destined to be one of the best pilots of all time and I’m not.

“There was something very different about him and a lot of other astronauts,” Gosling said.

It took a “certain breed of person to get into a plane that has never been flown before and push it to its breaking point for the sole purpose of furthering our knowledge of aeronautics”.

Chazelle, who is half French and half Canadian, said the astronauts were universal heroes.

“When I first saw a Gemini I thought it was just part of the spacecraft – but it was the whole thing. I wanted to capture how terrifying it felt searching in the void of space in flying tin cans.”

Gosling, 37, and Australian co-star Jason Clarke paid tribute to the courage of the astronauts, admitting that just grappling with the claustrophobia of the space capsules was enough for them.

“The crew created capsules that were too authentic,” said Clarke. “It was a kind of meltdown. We had a seriously hard time sitting in the capsule locked in our space suits with three levels of doors closing on you.”

Asked what he looks for in a director, Gosling joked: “Good hair. A strong head of hair is important. And Damien (Chazelle) is half-Canadian, so that helps as well.” – Rappler.com