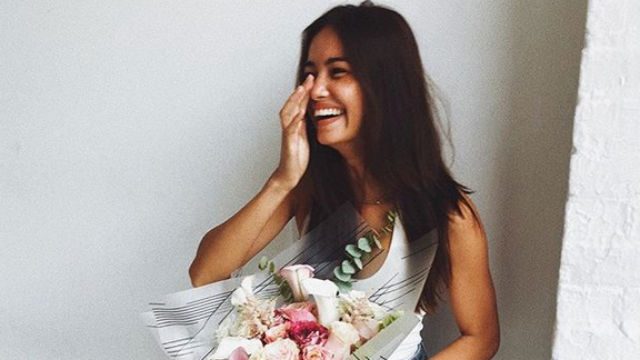 MANILA, Philippines – It’s official! Filipino-American model Kelsey Merritt will walk for the Victoria’s Secret Fashion Show 2018, which usually takes place at the end of the year.

“WE DID IT PHILIPPINES! I’m walking in the Victoria’s Secret Fashion Show 2018!!! Ahhhhhh I can’t believe this! Thank you soooo much,” she said, thanking her management for the support.

WE DID IT PHILIPPINES!!!!!! I’m walking in the Victoria’s Secret Fashion Show 2018!!! Ahhhhhh I can’t believe this!! Thank you soooo much @johndavidpfeiffer, @monica.mitro, @10magazine, and Ed Razek for making my dream come true!!  And to my agents at @suprememgmt @nomadmgmt @romanyoung @david_kimm @marissasurmenkow thank you for believing in me and helping me throughout this journey!!

That moment when your agency @suprememgmt tells you you booked the #VSFashionShow @victoriassecret!!!  The best feeling in the world!!!

Kelsey had been called for another screening before getting the job. She will join top models, including the Victoria’s Secret Angels, in walking the runway for the brand. She has also done ads for the company. (READ: Meet Kelsey Merritt, the Fil-Am model who’s working with Victoria’s Secret)

Prior to getting the job, Kelsey posted photos of herself after the first screening.

@victoriassecret callbacks  Thank u @themartyharper for getting my hair casting ready

The Victoria’s Secret fashion show is an annual event, where top models gather together to walk for the lingerie brand. The Victoria’s Secret Angels – who wear the giant wings during the show and are the brand’s official faces – counts several giants in the modelling industry as its member. They include Tyra Banks, Heidi Klum, Adriana Lima, Alessandra Ambrosio, and Miranda Kerr.  –  Rappler.com