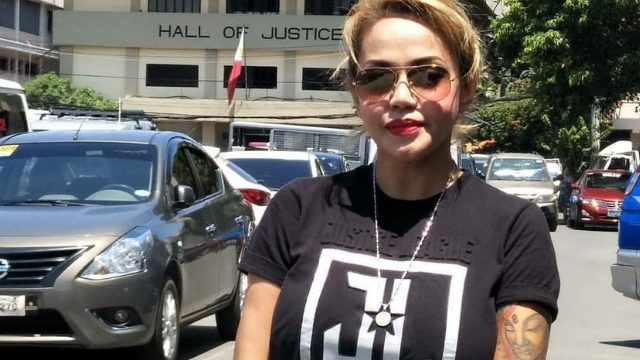 MANILA, Philippines – Ethel Booba has never been one to stay mum on current events and controversial topics, and the comedian did not spare her funny commentary when the Commission on Elections (COMELEC) began accepting Certificate of Candidiacies (COCs) from political hopefuls for the 2019 mid-term elections.

Ethel tweeted her thoughts on the COC filing of several potential candidates.

Retweeting a photo by ABS-CBN showing senate hopeful and incumbent Deputy House Speaker Pia Cayetano cycling on the way to filing her COC, Ethel said: “Cycling is better for her than running.”

Cycling is better for her than running. Charot! https://t.co/ADLjGdoTck

She also retweeted a quote where senate hopeful Jinggoy Estrada talks about his half-brother and opponent JV Ejercito.

She also had some thoughts on the senate bid of 94-year-old Juan Ponce Enrile.

“Former Senator Juan Ponce Enrile granted of bail due to his poor health condition. At age of 94 you should rest and enjoy your life as a businesswoman (according to his COC form),” she said, referring to Enrile’s intial COC form, which listed “businesswoman” as his profession.

Former Senator Juan Ponce Enrile granted of bail due to his poor health condition. At age of 94 you should rest and enjoy your life as a businesswoman (according to his COC form). Charot!

On the former senator Bong Revilla, Ethel said, “Kuha po kayo ng NBI Clearance sa counter 6 (Get an NBI Clearance from counter 6).” Revilla is currently detained at Camp Crame as he faces plunder charges. He filed his COC for senator through his wife, Lani Mercado.

Ethel also retweeted one of her tweets from 2014: “Ang SNATCHER nagnanakaw sunod tatakbo samantalang and POLITIKO tatakbo muna bago magnakaw (A thief steals then runs away while a politician first runs then steals).”

Of course, she ended each tweet with her signature catchphrase: “Charot,” Filipino slang that loosely translates to “just kidding.”

But if Ethel’s tweets are any indication, the joke seems to be mostly on us, the Filipino voter. Charot. – Rappler.com