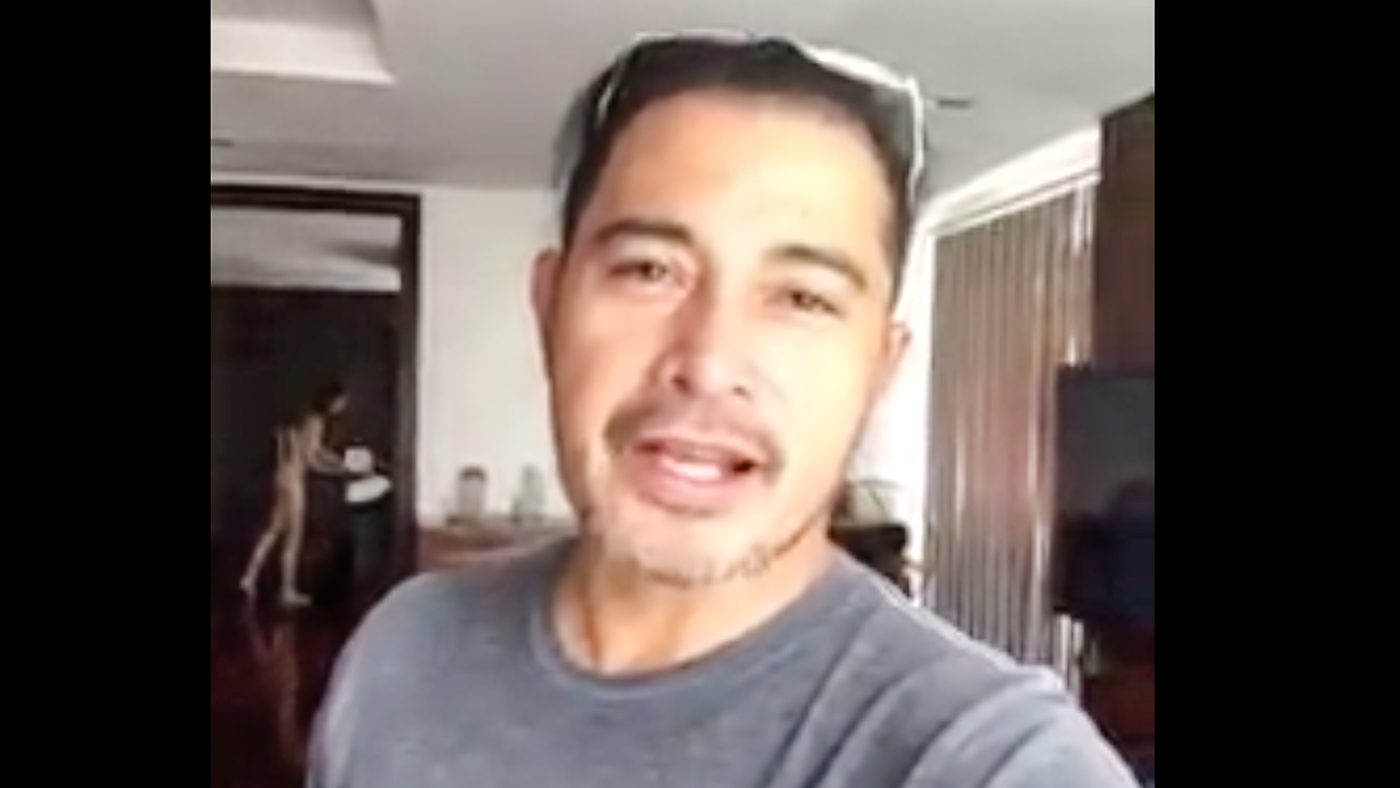 MANILA, Philippines – Birthday greetings from popular personalities, be it from showbiz or from other fields, aren’t normally things that go viral. Unless, of course, the said video greeting happens to include what most people are convinced to be an accidental R-18 scene.

It’s precisely what happened to actor and former government official Cesar Montano, who recorded a video greeting for a friend’s birthday. In the video, the figure of what seems to be a naked woman is seen walking in and out of the frame as Montano makes his video greeting.

ABS-CBN News reports that the video was first shared on a certain Rolando Olano’s page on Tuesday, October 30. It has since been taken down but because this is the internet, the video has since been ripped and re-uploaded on many different Facebook pages.

We’re not sure if the woman in the video was actually naked or if she was wearing flesh-toned clothing. We’re sure of one thing, however: always check a video – no matter how seemingly innocent it may be – before hitting “send.” – Rappler.com