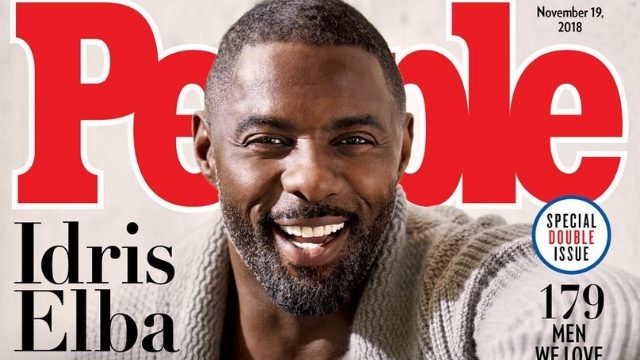 MANILA, Philippines – People have known it forever, but People only just officially declared it now: Idris Elba is the sexiest man alive.

Who'd have thought it! Thank you @people & all the fans for naming me #SexiestManAlive. Don't forget to grab your issue this week, link in bio. I'm honoured & thankful. But what’s even more important is your vote in the midterm elections. Your vote can make a difference!

The star appears on the entertainment magazine’s most recent cover after being given their annual Sexiest Man title, which was once held by other notably sexy men, including the likes of Bradley Cooper, George Clooney, Brad Pitt, Denzel Washington, Harrison Ford, and Sean Connery.

With Idris’ smooth British accent, the salt-and-pepper beard, to his well-built 6”3 frame, to that million dollar smile, that he was given the title is no mystery to anyone – except for the 46-year-old actor himself.

“Who’d have thought it!” Idris said on Instagram, seemingly oblivious to his own (very obvious) sexiness.

“Thank you [People] and all the fans for naming me [Sexiest Man Alive]…I’m honored and thankful,” he said.

He also took the opportunity to encourage his followers to vote in the upcoming United States midterm elections. “Your vote can make a difference!” he said.

Idris is known for playing drug lord Stringer Bell in HBO’s The Wire, the title character in BBC’s Luther, and Heimdall in Marvel’s Thor. Aside from acting, he also DJs, and competes as a kickboxer. – Rappler.com