WATCH: This is why people are talking about Liza Soberano and ‘ipis’ 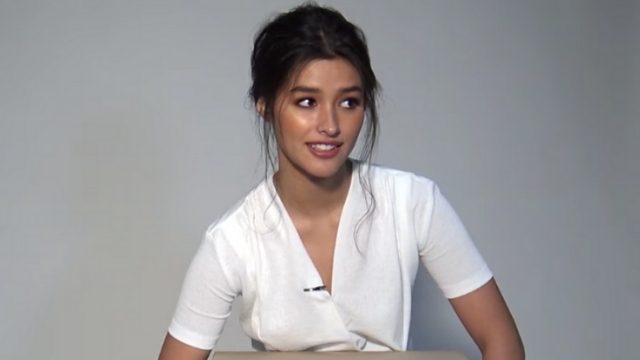 Facebook Twitter Copy URL
Copied
The actress wins the internet as she takes on the 'Whats in the box?' challenge

MANILA, Philippines – Liza Soberano is inspiring many people to put down the tsinelas and face the next ipis they see in a calm and collected manner.

The actress recently went viral for appearing in a “What’s in the Box?” video posted by TechnoMarine on October 31.

In the video, Liza put her hands inside a box, and attempted to guess the items inside without being able to see them. She managed to guess the first thing (a kiwi) after a few tries.

She then attempted to make a guess on the second thing, which was a group of crickets, one of which even crawled up her arm.

Through it all, Liza’s calmness and poise remained unfazed – even when she thought that she was touching an ipis (cockroach). And while the prospect of a cockroach would send most people screaming and reaching for the nearest weapon to kill it with, Liza kept her hands in the box and even looked for the insect when it crawled away.

Fans are now using Liza as a benchmark for their own ipis encounters, with many people saying they no longer have the right to freak out the next time they see a cockroach.

“I am now a fearless man because of Liza,” Twitter user @FranzYee777 said.

Watching the viral video of @lizasoberano with the ipis reaction made me adore her so much!

I am now a fearless man because of Liza. Awww. Waaaaaa

“I still hate ipis with everything in me but now I’ll have to be nonchalant about it. Liza Soberano; game changer,” @Raz_Elle tweeted.

I still hate ipis with everything in me but now I'll have to be nonchalant about it. Liza Soberano; game changer. Lol.

Some people did point out that Liza has yet to go face to face with the most loathed of all ipises: the flying ipis – though it wouldn’t be a surprise if she stayed poised and pretty through that too. – Rappler.com