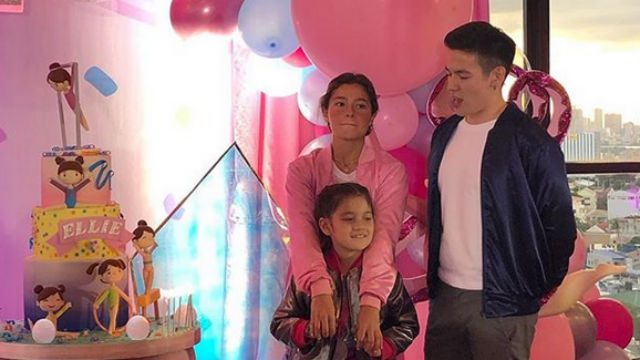 Ellie, who turned 7, was seen wearing a pink and silver jacket with the number 7 at the back. Andi and Jake of course sported jackets as well with the words Team Ellie. Andi and Jake’s relationship has been known to be a rocky one. In 2016, two years after their breakup, Andi’s sister Maxene confirmed that Jake was the father of Ellie. For years, people pointed out that Andi’s ex-boyfriend Albie Casino was the father.

In 2017, Jake filed for joint custody of Ellie, which caused more friction between him and Andi. The issue has since been settled. (READ: Andi Eigenmann on custody case with Jake Ejercito: We’re okay now)

Andi is currently dating a non-showbiz guy, while Jake has been busy with some of the family’s businesses. – Rappler.com