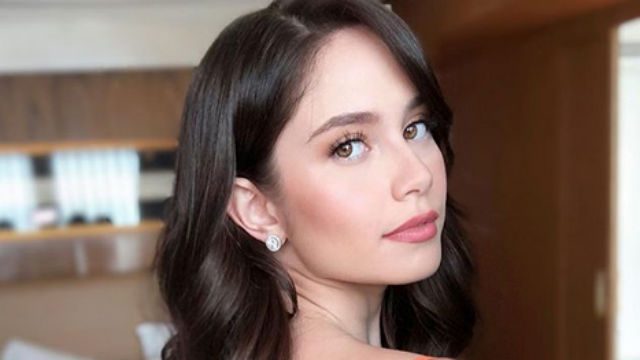 MANILA, Philippines  – Jessy Mendiola said she never got an apology from actor Enrique Gil following an incident on a plane back in 2015.

On September 2015, Jessy, Enrique, and other artists were on their way to London for the ASAP tour. Entertainment website Pep reported that a minor confrontation happened wherein Luis Manzano called out Enrique, who was reportedly drunk at that time, for harassing the actress.( READ: Jake Cuenca mum on Enrique Gil’s rumored bad behavior on London flight)

Enrique has since apologized for his behavior on national television. Jessy’ mom Didith Garvida also spoke up and defended her daughter from criticism. (READ: Jessy Mendiola on moving on after airplane incident, forgiving detractors)

In an interview with Pep during the press conference for the movie The Girl in the Orange Dress, Jessy said she never really got a formal apology from the actor. When asked if she’s forgiven him, she said: “Nag-move on na ako. May mga bagay… ikaw din kasi ang mahihirapan, e, kapagka hindi mo ni-let go yung mga ganung bagay.

(I’ve moved on. There are times when the burden is actually on you, if you don’t let go of these things. And now, I’m ok. Worse things have happened. And it’s obvious that I’m happy now. Let’s let go of what happened in the past.)

Jessy said she felt disrespected by Enrique but said she wasn’t sure if he was drunk or not. “Hindi ko alam. Baka stressed lang siya.” (I really don’t know. He might have been stressed then.)

The Girl in the Orage Dress opens on December 25.  – Rappler.com